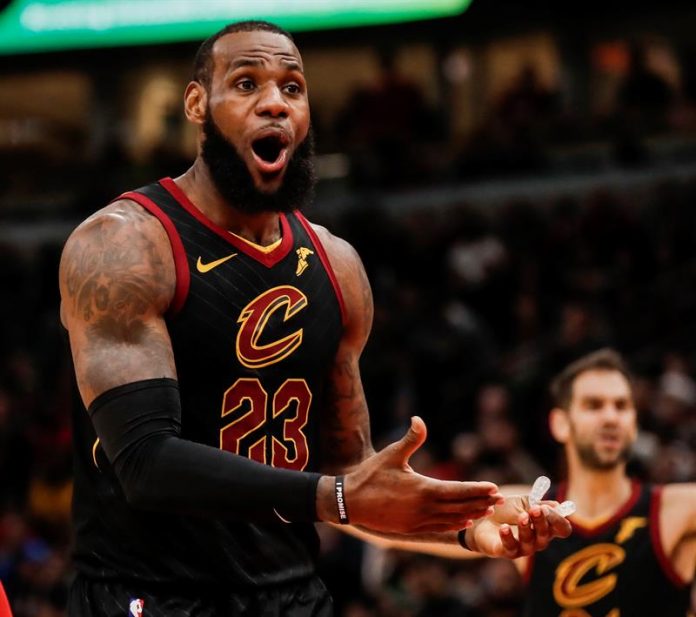 Forward LeBron James provided a triple-double that left him again as the leader of the Cleveland Cavaliers who easily outscored 98-87 against the evicted Dallas Mavericks.

James, who extended to 868 consecutive games in which he has achieved at least 10 points, the best record in NBA history that snatched the legendary Michael Jordan, contributed 16 points, 13 rebounds and 12 assists, for his seventeenth “triple double “of the season and number 72 of his career.

The Cavaliers star did not have his best scoring inspiration when he scored only 5 of 21 field goals, but he found a way to give the team the victory he needed to keep third in the Eastern Conference.

Spanish baseman Jose Manuel Calderon who left again as a starter made eight points in the 22 minutes he was on the track of Quicken Loans Arena in Cleveland.

The player of Villanueva de la Serena scored 3 of 6 field goals, including 2 of 5 triples, and did not go to the personnel line.

The Cavaliers have had major injury-related losses, but have won eight of nine games, and they hope to conclude the regular season in third place with five games remaining before the end of the regular season.

Forward Harrison Barnes scored 30 points to lead the Mavericks, who have lost eight of nine games and are already preparing for the college draw lottery.

While rookie point guard Dennis Smith Jr., with 14 points, was the other Mavericks player who achieved double-digit numbers. efe