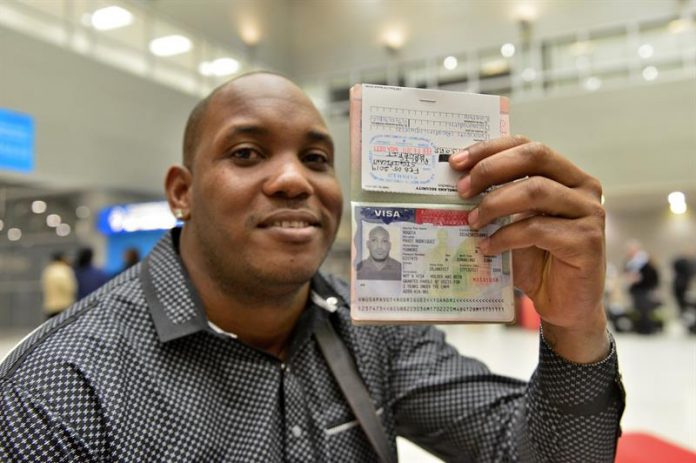 The State Department published on Friday its new regulations to require visa applicants from around the world data on social networks that have used in recent years, a policy that could affect 14.7 million people, confirmed today Efe an official source

That source, who requested anonymity, explained that the State Department published the new regulations on Friday and will enter into force within 60 days, once it has passed the review process in which citizens and organizations can express their opinion on the measure.

Once the rule comes into force, those who plan to apply for a visa to travel to the United States should fill out a questionnaire that asks for their user names in social networks in the last five years and personal data related to the last fifteen years.

The measure responds to an order issued on March 6, 2017 by President Donald Trump in which he demanded that the scrutiny of visa applicants abroad be hardened, in order to block the entry of possible terrorists and other persons who could threaten national security.

In June 2016, an official source told Efe that the US I had begun to demand social network data from some 65,000 visa applicants.

The questionnaire, which was then accessed by Efe, asks the applicants to provide the user names they have used in all types of social networks in the last five years, as well as their email addresses and their telephone numbers in the same period.

It also requires them to specify the numbers of all their previous passports, the names and date of birth of their relatives, and the data of their employers in the last 15 years, as well as the countries they have visited and all the addresses in which they have lived. in that same period.

The Department of State asks all visa applicants worldwide for their contact information, their travel history, their previous addresses and details about their relatives, but for a much shorter period than the new questionnaire.

In 2017, the United States began asking travelers who were subject to the visa waiver program to voluntarily provide the names of their accounts on social networks to increase controls.

The change has generated criticism from organizations such as the American Civil Liberties Union (ACLU), one of the most critical of Trump’s measures to tighten immigration controls, which considered the plan “ineffective” and “deeply problematic.”

“This plan violates the rights of immigrants and US citizens by violating freedom of expression and association, particularly because people will now wonder if what they say online can be misinterpreted by a government agent,” he said in a statement. Shamsi, director of the ACLU security project. efe