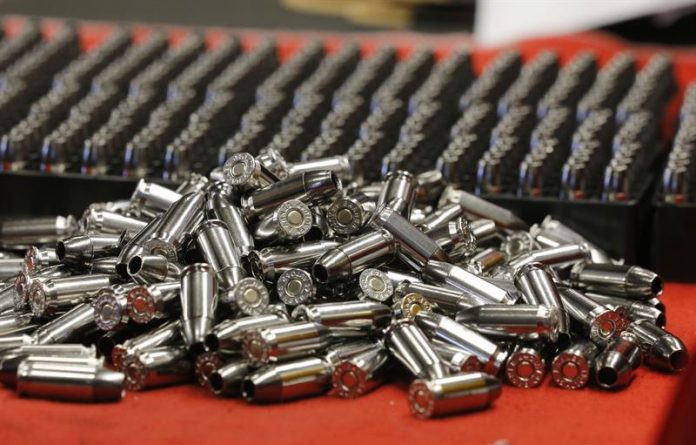 Democratic Congresswoman Debbie Wasserman Schultz today announced the presentation of a bill in Congress in Washington to require background checks on the purchase of ammunition at gun shops.

Wasserman made the announcement in a press conference held in Pembroke Pines (Florida) next to students of the Parkland school where there was a massive shooting on February 14 that cost the lives of 17 people, some newcomers from Washington, where they participated in the March of Our Lives.

The proposal was presented along with also Democrat Richard Blumenthal, representative for Connecticut.

The current weapons control system allows someone to “buy as much ammunition as they want with nothing more than to give their name,” said the representative of one of the districts of South Florida, who considered it a “serious and dangerous” breach.

Wasserman dismissed the argument that “common sense weapons safety laws” violate the Second Amendment and the rights to carry and possess weapons guaranteed by the US Constitution.

Without convicted criminals, those convicted of domestic violence and people with mental illnesses are prohibited from buying both weapons and ammunition, those buyers who wish to acquire ammunition can do so with the only requirement of giving their name to the seller.

“You do not have the right to take bullets,” Wasserman said at the press conference where she was accompanied by political leaders, police representatives, teachers and students from the Marjory Stoneman Douglas Institute in Parkland.

He said that such a measure would not have prevented attacks like the Parkland school, but could prevent “many murders caused by people who are not legally authorized to buy ammunition,” but who, anyway, do so.

With the background check, he assured, this would be impeded.

Before the press conference he announced on Twitter that he presented today the bill called Ammunition Background Check, because “when we say #NeverAgain (Never Again), we are serious”.

“People who are prohibited from buying firearms are also legally barred from buying bullets, but we still do not have a way to identify nationally ‘bad actors’ when they try to buy ammunition,” he wrote.
“It takes more than a weapon to charge an innocent life, and bullets are also required,” he said.

Summoned by the #NeverAgain movement, emerged in Parkland after the February 14 massacre, a million people, mostly students, went to the streets of 800 locations in the country last Saturday to demand greater control over the access to arms in the country of the world where more shootings happen inside educational centers of the world.

And at least 20,000 people, according to local media, congregated at Pine Trail Park, just under 2 miles from the Marjory Stoneman Douglas school, where a 19-year-old Nikolas Cruz starred. an attack at his old school with an AR-15 assault rifle, and he killed 14 students and three teachers. efe