The Puerto Rican Monica Puig certified this Sunday her pass to the second round of the Premier Mandatory of Miami, her best result in the Floridian tournament, winning by 6-3 and 7-5 to the Greek tennis player Maria Sakkari.

In his first confrontation with the Greek, which, however, he knew of having trained together, the 82 in the world showed similar aggressiveness to that shown in previous games in Miami, which already surprised when he eliminated in the second round the world number two, the Danish Caroline Wozniacki.

It was a game full of alternatives at the start, with up to 7 “break” balls in the first four games, although none finally materialized.

The situation stabilized a bit until the eighth game in which, after 14 points, the Puerto Rican broke serve at 52 of the WTA and confirmed the “break” in the next to win a set in which he held firm from the serve (74% success of the first service). 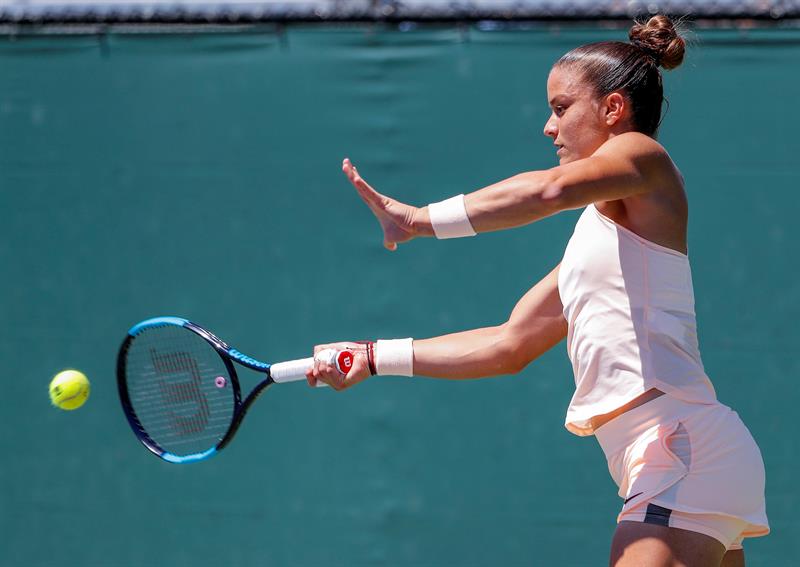 The Olympic gold in Rio 2016 maintained the pace and increased the streak to four consecutive games, and that advantage allowed him to play with more confidence and to advance in the set until in the seventh he broke again and went 5-2.

But Sakkari, who came from defeating the Estonian Anerr Kontaveit (6-4 and 6-1) and reaching the eighth Masters of Indian Wells, where she was the only one to win a set to the champion, the Japanese Naomi Osaka, recovered the “break”, confirmed and broke again the serve of the Puerto Rican to draw (5-5).

But the Puig full of security that has seen these days in Miami was not intimidated and regained its service and closed the game in the next game with a “ace” revealing.

In eighth, the rival of the Puerto Rican will be the winner of the match between the American Danielle Collins, coming from the qualifying phase, or the Croatian Donna Vekic.