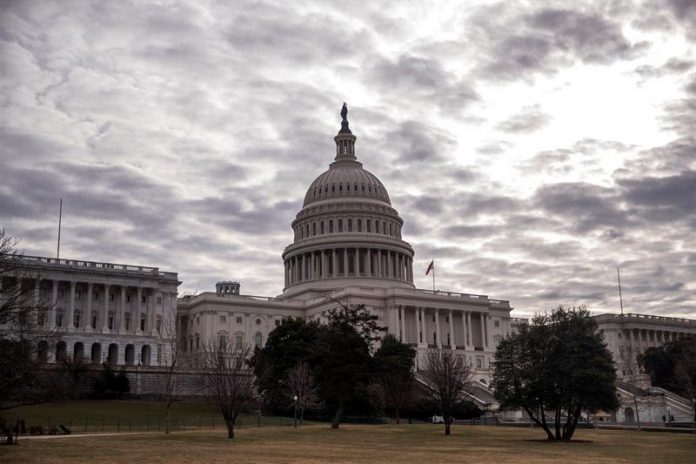 Far from addressing arms control or the migration problem, the US Senate has set aside social debate to focus on the political agenda of President Donald Trump, this time a law that undermines the pillars of financial reform of its predecessor, Barack Obama.

The US House of Representatives will debate and vote this week on a legislative text that repeals the principles of the reform known as the Dodd-Frank Act, although it will face the arduous examination of about a hundred amendments coming from both Democrats and Republicans. .

Despite the many alternatives and provisions that may delineate the final content of the text, it is expected that the measure will be approved with bipartisan support despite the opposition of more progressive Democrats, who are very reluctant to end the reform that allowed greater control of the financial sector.

The law, proposed after the acute financial crisis of 2008, reinforced the capital requirements of support to banks, forced them to carry out annual resistance tests to show their strength and prohibited financial institutions from engaging in high-risk activities with the money of your customers.

Although the experts have recognized the contribution of the reform to the recovery of the country, Trump has described the Dodd-Frank as a “disaster”, since in his opinion it supposes a brake to the access to the credit and, therefore, to the economic expansion and has promised on numerous occasions to revoke it, for which it has already taken limited steps through executive orders.

However, the president needs the legislative support to revoke some of its main axes, such as the prohibition of certain high-risk investment practices and raise the minimum capital requirements of the institutions.

The Democrats most critical of the bill have been the most prolific in the presentation of amendments, with the aim of limiting the number of banks that would benefit from the relaxation of the conditions, arguing that this could cause another financial crisis.

The Senate should also consider a substitute amendment offered by the chairman of the Senate Banking Committee, Republican Mike Crapo, which would expand the scope of the bill.

Republicans in the House of Representatives, who should then pass the legislation, have expressed interest in the law expanding financing options for entrepreneurs, along with measures to protect military veterans from fraud and create new aid for loans student

The Banking Committee chairman’s project also removes some of the most controversial parts of the original bill, which could allow for stricter rules to be established for larger banks.

With those conditions, the airs on a possible consensus blow in the Senate, but the president of the Committee of Financial Services of the House of Representatives, the republican Jeb Hensarling, has noticed that at the moment the text of Crapo does not convince the conservatives of the Low camera.

There, Republican congressmen are pushing for the Senate to include several dozen amendments that obtained the approval of that committee with bipartisan support.

“We hope they get a bill that reaches the president’s desk,” Hensarling said, insisting that the Senate bill does not currently reflect the House’s will.

The coalition of Republicans and Democrats backing the Senate bill expressed concern over the additional changes demanded by Hensarling.

“There will be tremendous pressure on the House not to make any compromises,” Democratic Senator Heidi Heitkamp, ​​who has endorsed Crapo’s Senate bill, said this week.

In this way, if Congress reaches an agreement on financial deregulation, Trump would mark his second great economic issue in the Legislative after the historic tax reform that he approved a few months ago, two measures that supported his campaign promises. efe