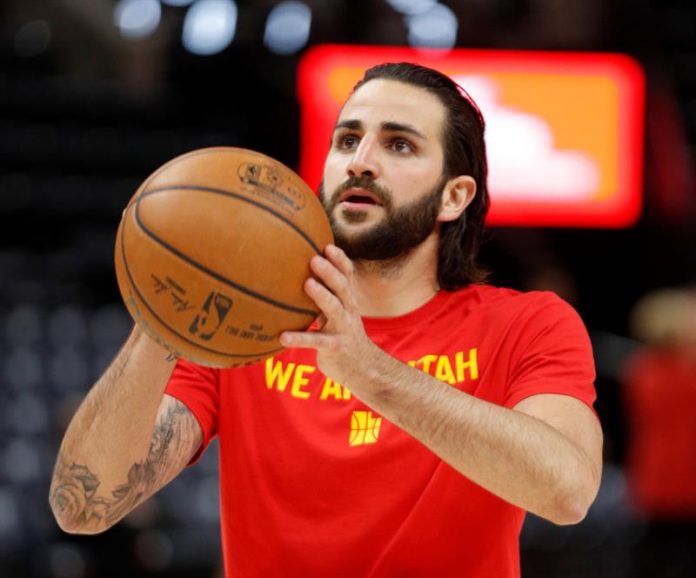 The base Ricky Rubio was the great leader of the Utah Jazz and led them to a new victory with a double-double that brought them a little closer to their goal of reaching the eighth place in the Western Conference. to be in the final phase, as well as being the best Spanish player of the NBA’s Sunday.

Rubio, who contributed 30 points, tied for the season’s best record, 10 rebounds, including seven defensive, earned the second double-double in a row and led the Jazz to a 99-116 home win over the New Orleans Pelicans.

The player of El Masnou scored 10 of 11 field goals, including 4 of 5 triples, and was perfect 6-6 from the line of personnel, which allowed him to be always the player who contributed the decisive goals.

His great work made it possible for the Jazz to stay in the game during the first half when power forward Anthony Davis, who finished with a triple-double, could not break the score in favor of the Pelicans.

Rubio did not have his best control of the ball when he lost five and committed four personal fouls, but he made possible the Jazz’s sixth consecutive victory (37-30), which keeps them in tenth place, tied with the Denver Nuggets and only two tenths of Los Angeles Clippers (36-29), which are eighth.

“It’s true that we pay attention to statistics,” Rubio said after the Jazz have won 18 of the last 20 games. “But it does not worry us at all, we know that our game has reached another level and we believe that we can achieve the goal so it’s just a matter of confidence.”

The Spanish international base admitted that he was always aggressive in the attack game and made his team overcome the inconsistency he showed in the shots in the first half when the score was 51-48, favorable to the Pelicans, thanks triple that achieved the base Jrue Holliday.

“Just try to be aggressive,” said Rubio. “In the first part the shots came in, especially the triples, I felt the confidence and I maintained the same consistency”.

Rubio reiterated that now he feels great confidence in everything he does, has the support of everyone in the team and feels very good about how things go in the first season with the Jazz.

The Spanish international player stressed that the victory had a great value for the team as they got it against a direct rival in the fight to be in the playoffs and now they have a 3-1 advantage in the series between them, which means that in case of tie they would be those who were in the competition of the final phase.

“In addition we have achieved a victory despite the great performance that Anthony (Davis) has had, which is one of the most complete players currently in the NBA,” said Rubio. “He can do everything in the field, put plugs, defend, pass the ball to score and it’s a nightmare to score him.”

The great individual performance of Rubio also allowed him to win the individual duel to his compatriot the Spanish power forward, Nikola Mirotic, who came out as reserve with the Pelicans and contributed four points in the 18 minutes he played.

Mirotic scored 2 of 9 field goals, missed all three of the 3-pointers, without going to the personnel line, while within the zone he captured four rebounds (3 + 1), gave two assists, recovered a ball and committed three personal faults

The day also left another triumph for the Toronto Raptors, with whom the Spanish Congolese power forward Serge Ibaka played, beat at home by beating 106-132 to the evicted New York Knicks.

Ibaka contributed 14 points in the 25 minutes he played by scoring 5 of 14 field goals, including 2 of 5 triples, and hit 2-2 from the personnel line.

In addition he captured seven rebounds, gave an assist, put a stopper, lost two balls and pointed a staff.

Veteran baseman Jose Manuel Calderon stood out in his individual game as reserve, but his contribution of 14 points did not prevent another new loss for the Cleveland Cavaliers that lost visitors by 127-113 against the Los Angeles Lakers.

Calderón played 21 minutes in which he scored 4 of 5 field goals, including a triple in two attempts, and 5 of 6 from the personnel line.

The power forward Juancho Hernangómez was again out of the official list of the 12 players that the Nuggets presented for the game they played against the Sacramento Kings and those who won by 130-104.

The recovery of the forward Wilson Chandler made that the coach of the Nuggets, Michael Malone, had to leave out Hernangómez. efe