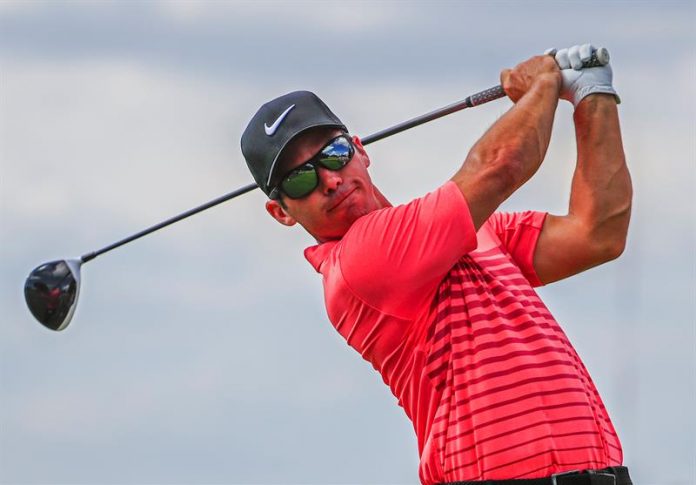 The Englishman Paul Casey achieved his second title in the PGA Tour and the top of the season to win the Valspar Championship, which was played at the Innisbrook Resort, with a total of 274 hits (10 under par).

Casey, 40, who has played eight tournaments and had two Top 10 so far this season, completed the fourth round with a card of 65 hits (six under par) after having achieved seven “birdies” and one ” bogey. ”

Americans Patrick Reed and Tiger Woods were tied for second place to an impact by Casey.

Woods, exnúmero one of the world, was the one who starred in the great suspense until the last blow that gave him a chance to fight for what would have been the 80th title as a professional and the first since 2013 won the Bridgestone Invitational.

But Woods, 42, did not have his best run and finished with 70 strokes (one under par) and in the last hole, in his attempt for a birdie from more than 11 meters, the ball did not enter and Casey made sure his first title since the 2009 season.

The Californian golfer completed a tour with just two “birdies” and one “bogey”, the same one he had in the first round, which also limited his chances of winning.

Woods has been waiting for the first one for more than five years, although he confirmed that he has found his best physical condition and left behind all the serious health and personal problems that have affected him in recent years.

Tiger’s latest victory dates back to August 2013, when he lifted the WGC-Bridgestone Invitational trophy in Firestone (Ohio).

Since then, Woods had to interrupt his schedule continuously due to physical problems. This season he played four tournaments (The Honda Classic, Genesis Open, Farmers Insurance Open and Hero World Challenge) and only in the last one finished in the top 10.

Along with Casey, Reed and Woods, Spaniard Sergio Garcia was also the protagonist with the best route of the day to deliver a card of 65 hits (six under par), which allowed him to finish the tournament in fourth place with 276 hits ( eight under the pair).

Before the final duel between Woods and Reed, Garcia was brilliant throughout the course with great security in the shots to get eight “birdies” and two “bogeys”, which he did in holes 2 and 5, which prevented him from having fought for the title.

The South African Rory Sabbatini was fifth with 277 strokes (seven under par), the mimes that the English had Justin Rose, while the great defeated was the Canadian rookie who had shone as provisional leader in the first three rounds, but in the fourth he finished with 77 strokes (six over par) and relegated him to sixteenth place with a total of 281 strokes (three under par).

The same as had the Mexican Abraham Ancer, who finished the day with a 69-punch card (two under par), while Argentina’s Fabián Gómez also had the same record and finished in the 68th place with 289 hits (five over the pair).