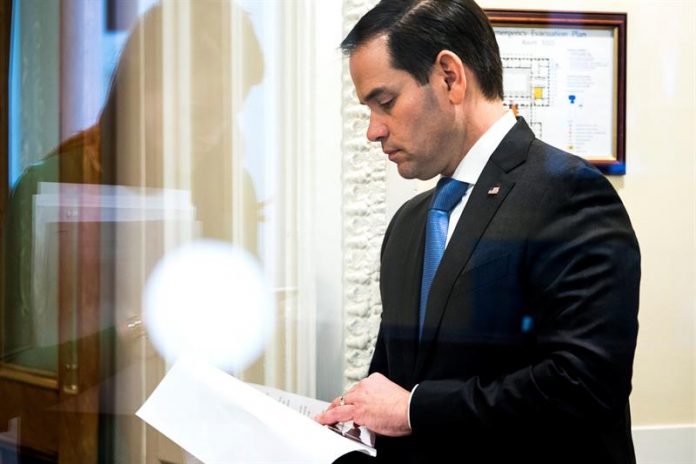 Florida Senators Marco Rubio and Bill Nelson today announced their intention to introduce legislation that would give states aid to develop their own rules to restrict access to firearms to “dangerous people” after the shooting that occurred last month in Florida, the state it represents.

The proposal would imply that it would be the states that decide on whether or not to elaborate a mechanism to prevent violence with firearms, by which families and law enforcement agencies would have a way to request the withdrawal of access and use of weapons. an individual considering that it is dangerous.

According to Rubio, the legislation would consist of a program of aid for the states that decided to take advantage of the initiative, as long as they complied with the establishment of these prevention procedures.

As part of the protocol, the conservator stressed that the person on whom the process of preventing violence began would have the opportunity to be heard in hearings, as well as receiving official notifications about the process.

However, the plan also includes the option for applicants to opt for an “emergency order”, which could be applied to a person for a duration of up to 14 days and which could only occur in extraordinary situations.

Another of the clauses that the mechanism should introduce would be the establishment of a minimum sanction for false allegations, as well as the correct notification and reporting to the federal Department of Justice on each case.

In addition, the program would add the prohibition and illegalization of the sale of firearms to an individual on whom this prevention mechanism has been correctly assigned.

“Through this legislation we hope that all states have a prevention mechanism so that security forces and families can prevent dangerous individuals from taking the next step and taking the lives of innocent people,” said Rubio.

For its part, the Democrat Bill Nelson the agreement and described the proposal as a “very, very important step” in terms of arms regulation.

His statements come in the midst of a debate over the control of firearms in the United States, just two weeks after the massacre occurred in a school in Parkland, Florida, where a 19-year-old youth killed 17 people .

Rubio has been one of the legislators who has been most criticized after the massacre, especially for his reluctance to support any legislation that prohibits assault weapons, such as the one used in Parkland, and to be very lukewarm about his proposals to stop armed violence. . (efeusa)