Mexican swimmer Carlos Franco Cantón, 43, plans to cross the English Channel, between September 23 to October 1, as he was awarded by the organizing committee of England.

“The English Channel is one of the best endurance tests for swimmers in the world, it’s like climbing Mount Everest, and to meet my goal in the European sea, I’ve been preparing for two years,” Franco told Efe in an interview.

The swimmer commented that his journey will start from Dover, England, and will have the support of the “proudly Mexican” international coach Nora Toledano, who has crossed the English Channel several times, as well as Captain Simón Ellis.

The time it calculates to cross the Canal is from 12 to 16 hours. “Everything will depend on the weather conditions, I’m excited because I’ll be the first Yucatecan to make the crossing and to achieve the goal for two years I prepare physically, I go to the gym and train in swimming pools and open water,” he said.

Currently, her diet is based on carbohydrates and energy drinks, under the supervision of a nutritionist, and nothing in the Yucatan ports of Progreso and Chicxulub, with advice from Toledano, who has already crossed the Channel, swimming hours without stopping.

It is also supported by the kayak of Raúl Pech, who accompanies him in the training of 5, 10 and 15 kilometers in open waters. “Last February we went to organized camps in California, swimming at 13 degrees centigrade so that the temperature of the English Channel does not surprise us,” he said. 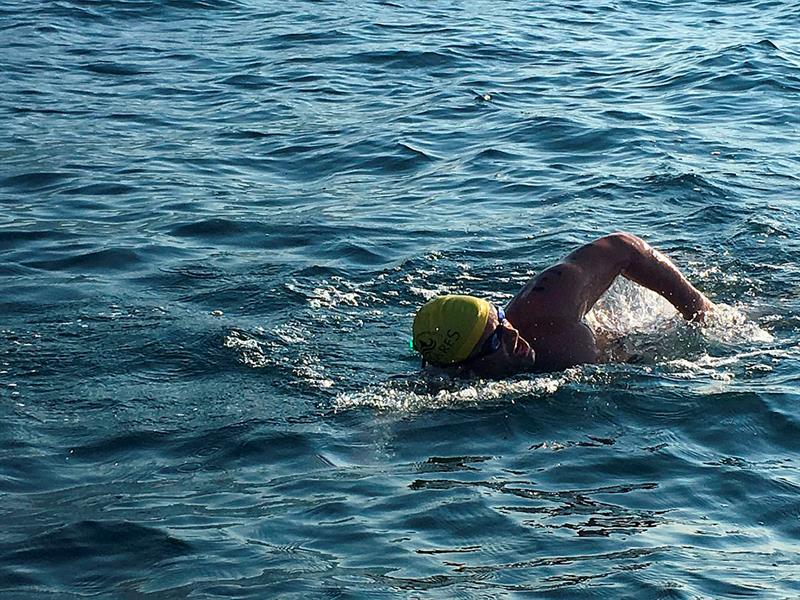 Franco left the competitions at age 23 and at 30 he returned to the master category swimming and training in open water. “I have had the opportunity to train more than 500 people to make their cross-water crossings between Cancun and Isla Mujeres, which is the most common route in the Peninsula (of Yucatan), as well as the Puerto Arrecifes circuit Morelos and Laguna in Bacalar, “he noted.

In the master category he already had the opportunity to attend the international camp that took place in Montreal. “We managed to stand out in open waters,” he said, and proudly showed the medal he won last February by winning on the Puerto Morelos Reef route.

The experienced swimmer, who is also an open water coach in the Gulf of Mexico, the Pacific and the Caribbean, has represented Quintana Roo and Yucatan in regional and national competitions since his childhood. efe