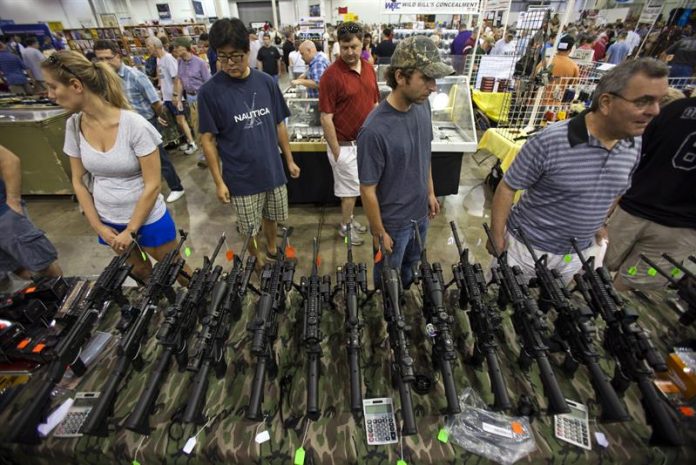 The Florida Senate, which has a Republican majority, approved a bill to increase security in schools and restrict the purchase of weapons, following the February 14 killings of Parkland, which killed 17 people.

“The opportunity to meet and listen to the survivors of the Marjory Stoneman Douglas high school shooting, as well as the families of the victims, has had a tremendous impact on each and every one of the senators and has significantly influenced the development of this important legislation, “said Senator Bill Galvano after the approval of the measure.

The approved initiative, SB 7026, increases the age to buy assault rifles from 18 to 21 years, establishes three days of waiting to finalize the purchase and allocates 400 million dollars to implement the new provisions.

Senator Galvano, who promoted the bill, said they are taking the appropriate steps to help ensure “that a tragedy without a meaning like this never happens again.”

Establishes the Coach Aaron Feis program for certain school employees, but excludes teachers from participating in it.

Lawmakers debated dozens of amendments to SB 7026 on school safety last Saturday, but proposals by the Democratic caucus to ban the sale of assault rifles and high-capacity ammunition clips did not prosper.

On February 27, the Governor of Florida, Rick Scott, announced a $ 500 million investment to increase safety in schools, and again disagreed with the idea of ​​arming teachers proposed by the US President. , Donald Trump, in response to the Parkland killings.

The plan designed by Scott also establishes that, instead of training teachers, one police officer is available in each school for every thousand students.

The Democrats had battled for a moratorium on the sale of AR-15 rifles, the weapon used by former student Nikolas Cruz in the shootout he unleashed at Marjory Stoneman Douglas High School in Parkland (southeast of Floridas).

The bill passed today in the Senate must be reconciled with one of the House of Representatives for final approval. (efeusa)