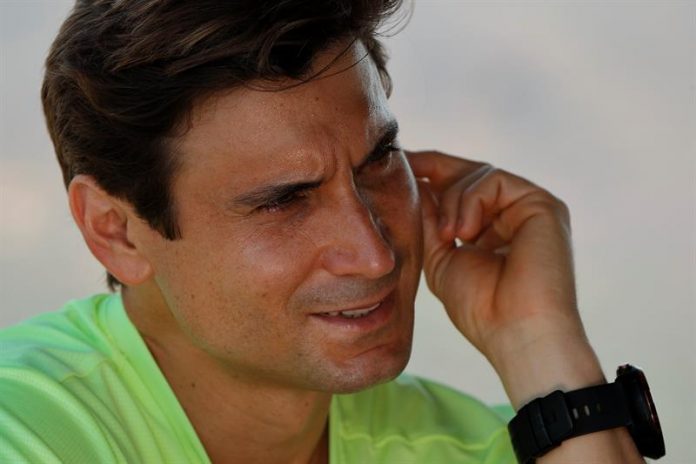 Away from the noise that caused him to be among the 10 best in the world for seven seasons, at age 35 the Spanish David Ferrer juices out the wisdom of the years and accepts the challenge of playing tennis for the human act of doing it.

“At first it’s hard to accept it, but then you get it right, it’s more enjoyable when you’re mature because you value what’s achieved, even when we move for the victories and work for them, I’m calm with me,” he says in an interview with Efe.

Originally from Valencia, Ferrer became professional at the birth of this century and since then is one of the most loved players of the ATP circuit because with an almost animal fighting institute, for years he treated you to the four greats of the century : Roger Federer, Rafael Nadal, Novak Djokovic and Andy Murray.

In an era of dictatorial rule of those elected, Ferrer took a place, became number three in the world with 27 titles, including the master 1000 Paris 2012.

“You get used to certain victories and at the beginning it’s hard to assume that you are not among the 10. It took me a year to understand it and now I’m fine,” he confesses.

Ferrer, 38 of the world, is in Acapulco where he will play from Monday the Mexican Open, 500 ATP tournament he has won four times, in which he will debut in the first round against the Russian Andrey Rublev, placed in the ranking seven seats over Spanish.

“It will be a tough match, a few weeks ago I won in five sets at the Australian Open and now I aspire to do different things to defeat him and move on,” he says.

Behind it is the bay of Acapulco, an emblematic site of a city essential in the life of the player because he won four of his 10 tournaments in the category 500 and he felt loved as in few places.

“Here they have treated me phenomenally and I am always happy to come back in. The emotions in Acapulco can only be compared to those of the Conde de Godó tournament, in Barcelona, ​​where I have good memories but I never won it, or Valencia, in my house” , account.

Accustomed to the nomadic life that ATP players are obliged to play, Ferrer reveals an attachment to loneliness, although only at times because he also enjoys sharing with his people.

“There must be a bit of both,” he says in a tone of expert man in the little things in life.

Ferrer was for years the typical rival with which the players preferred not to coincide on the court. With a combativeness as a fighter, a physical preparation for a marathon runner and a vocation for sapper’s suicide, the Spaniard has six wins against Nadal and Murray and five over Djokovic. Only Federer has remained invulnerable to his game.

“I lacked to win a ‘Grand Slam’, I could not and I should not think much about that, in all these years I have given the best of me and I have no complaints,” he says with the integrity of the person who sleeps peacefully.

He does not see wrinkles and keeps his legs strong, but at times releases philosophical reflections that reveal the passage through the years of a man who on the verge of fulfilling 36 enjoys as never live human stories, some on the court, how to play tennis for pleasure, and others with the reflectors turned off.

“In a month and a half I will become a father,” he announces when the interview ends, he moves away from the bay, and reflects on fatherhood, that blessed moment in which men experience the blessing of feeling vulnerable.