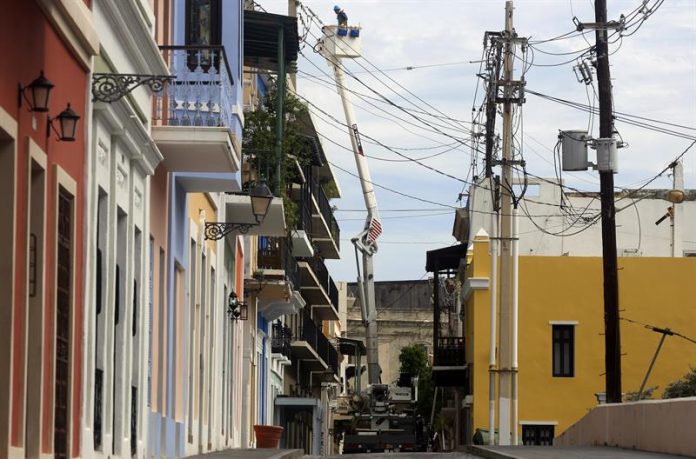 The electrical crisis in all of Puerto Rico will persist despite the granting of a loan of 300 million dollars, which will solve only some of the major problems and only in the short term.

After five months of Hurricane Maria the island is still not fully energized.

The Electric Power Authority reported that it currently has 4,121 workers in the distribution lines and 819 in the transmission lines.

Yesterday the Electric Power Authority (AEE) accepted an emergency loan of 300 million dollars from the Department of the Treasury of Puerto Rico that was authorized by the US judge who takes the bankruptcy proceedings declared by the island’s executive, after that he denied a previous one worth 1,000 million dollars.

This loan will provide the public corporation with the necessary liquidity to continue providing an integrated electric power service to its customers and continue efforts to restore the electrical system but, warned PREPA, “in the short term.”

In turn, he indicated that the loan arrives on time to avoid any interruption in the energy service to customers.

The corporation warned that despite this relief “continue to implement other measures to reduce costs to deal with their fiscal crisis in what normalize their income and receive federal aid approved” by the federal Congress.

He also revealed that on Sunday he initiated a “controlled closure” of the operations of the Central de Mayagüez and some turbine combustion units at the Palo Seco plant, “as an initial step in its Strategic Plan of Emergency Operations to preserve liquidity. monetary and save money. ”

The president of the Board of Government of the ESA, Ernesto Sgroi, said that “the loan will give the ESA the necessary monetary liquidity until mid-April” and that the corporation “intends to continue with the implementation of a Plan to preserve liquidity and save money. ”

He also pointed out that the implementation of the Strategic Plan for Emergency Operations will not have an impact on the general efforts to restore the electricity grid after the hurricane or affect the energy service of the customers.

PREPA works, he recalled, to obtain additional necessary funds within the next 60 days, including the possibility of continuing efforts to obtain a loan from the Community Disaster Loan (CDL) program of the General Fund of the United States Government.

“With this loan, PREPA will not have to interrupt the service to clients because it gives us the necessary liquidity to continue the restoration, this is a short-term solution, there is still a lot of work to be done,” Sgroi said.

In turn, he explained that PREPA’s Vision for Puerto Rico’s energy future is guided by several objectives such as that the system will be focused on the client, who will have more control through transparent metrics to understand about available options to access energy efficiency. and distributed generation.

The system will promote financial viability by implementing reforms to ensure that consumers understand that rates are reasonable and how they create value.

In addition, the system will be reliable and resilient, in addition to becoming a model of sustainability and serving as an engine of economic growth for Puerto Rico. efe