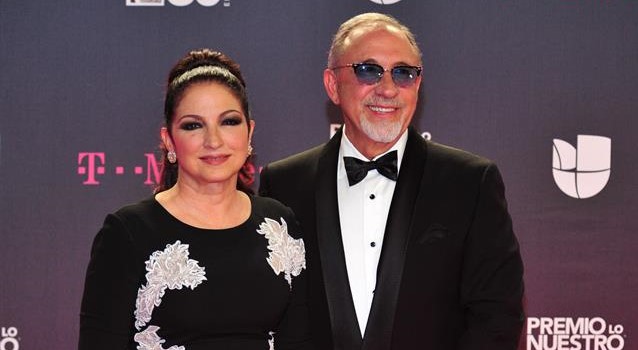 Stars of Latin music today joined the current protest against sexual harassment in the entertainment industry to parade with black dresses on the carpet of the thirtieth edition of the Lo Nuestro Awards, which are delivered tonight in Miami.

“We have to unite,” said Puerto Rican singer Olga Tañón, one of the honored artists of the night, who chose a black dress with a Victorian touch to join the #MeToo movement (Me too) that mourned the recent carpets of the Globe Awards. Gold and Bafta.

Like Tañón, the “fire merengue”, the Cuban-American Gloria Estefan or the Italian Laura Pausini bet on the black, like Angelica Vale, accompanied by her mother, the iconic Mexican actress Angelica Maria, who, however, sheathed in an elegant suit of purple tone.

The few exceptions came with the younger artists, like the Brazilian artist Anita, who chose a green and yellow print “to reflect the colors of her country’s flag.

Also in black, many men marched past, like the Puerto Rican José Feliciano, the Venezuelan Chyno Mirando, and the reguetoneros Maluma and J Balvin, who joined the trend of sobriety with formal suits.

“There are moments for everything and at this moment I thought it was important to show respect,” J Balvin told Efe.

Younger men, like the Mexican singer Luis Coronel and Bad Bunny, were the ones who offered the most unexpected models, incorporating flowers, bright textures and traditional paintings with different designs.

But more than the traditional fashion show, the magenta carpet of the Lo Nuestro Awards was the scene of the reunion of artists of the stature of the meringues Johnny Ventura and Wilfrido Vargas.

“In this carpet we are meeting many old friends,” said Nicaraguan salsa artist Luis Enrique while hugging Ventura. “It’s the real celebration.”

The thirtieth anniversary edition of Premios Lo Nuestro is celebrated at the American Airlines Arena in Miami. efe