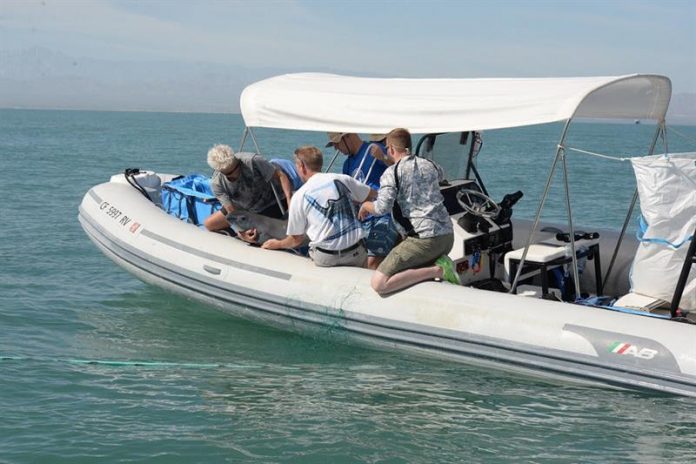 The vaquita marina is an example of a planetary phenomenon, “another global change, known as defaunación”, which consists of “the loss of animal life in ecosystems,” biologist Rodolfo Dirzo, a professor at the University, told Efe. of Stanford.

The case of the vaquita marina, the smallest porpoise species in the world, of which there are 20 to 30 individuals in the Upper Gulf of California, is also an example of a biodiversity crisis and the announcement of a sixth mass extinction, because their populations have decreased drastically in the last 60 years.

The Mexican specialist, a doctor in Ecology from the University of Wales, explained that “the problem of defaunation is that it is not obvious, you can not see what is happening with wildlife.”

The use of technologies such as infrared cameras, species monitoring work and sound recordings have helped to understand that there is a very serious problem, such as an invisible threat that until recently was unknown: the problem of defaunation, said Dirzo. .

That loss of species manifests itself in several ways. In principle, he explained, “species decrease their populations, which can be seen by monitoring a certain region, although the species has not been extinct is decreasing.”

When this happens “we have animals that are like the living dead,” he explained, since they no longer find partners and can not do their ecological functions.

“When the extreme arrives and a population is lost, and then another, it is known as the extinction of populations, which is very serious, of a huge magnitude that has been little documented,” he said.

This can be measured by analyzing the reduction of the geographical distribution of an animal.

Worldwide, half of mammal species have reduced their geographical distribution up to 80% in recent decades. This means that the populations of species that inhabited different regions decreased.

“When all populations are extinct we reach global extinction,” said the expert.

Extinction is the total disappearance of a species in the world. During the long history of the planet there have been countless extinctions caused by climatic changes, volcanism, floods, droughts. Particularly five large extinctions have been identified since 549 million years ago.

In recent years, the vast majority of extinctions of flora and fauna are due to the direct or indirect impact of human activities, during what Dirzo describes as the “Anthropocene Era”.

He considered that the current impacts of human activities are leading us to the sixth mass extinction. “We are pushing the animals to a pulse of defaunation,” he said.

The biodiversity crisis is the accelerated loss of genetic variety, species and ecosystems.

Sensitizing the public about the importance of species loss, defaunation and habitat destruction is not easy, he said.

“If elephants, giraffes and other species disappear in a savannah, the grass and shrubs grow because there is no one to eat them.” This would create environments conducive to the arrival of other animals such as rodents, which can be carriers of parasites and diseases that can reach the humans who live near those regions, “he said.

In Mexico, Hanta virus transmitted by rodents that inhabit cane fields or massive crops has already been identified, and this can be a risk for nearby rural communities.

“This is what we call a cascading effect”, because by removing an element from nature “a cascade of consequences” opens up, he emphasized.

This is what the public must understand to try to avoid defaunation. “The genesis of the problem is Homo sapiens (the human being),” he concluded.