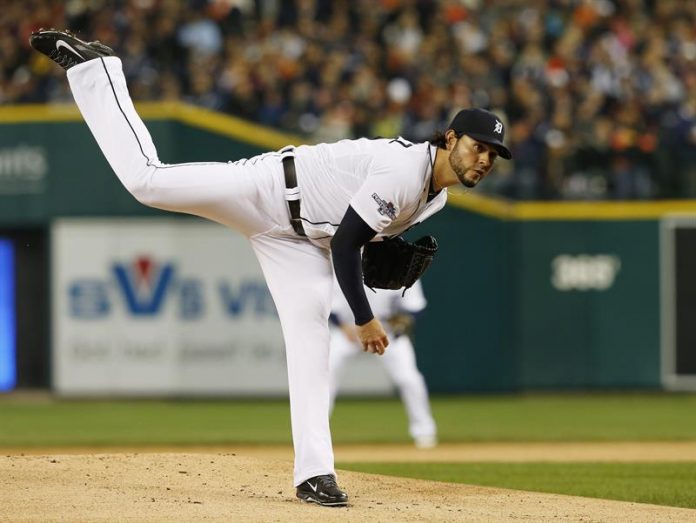 “I can see here with the Twins a great opportunity, they make up a really good group of players,” said Sanchez, who signed the unguaranteed one-year contract today before launching his first bullpen session with the new team.

With the acquisition of Sanchez the Twins have another quality option in their pitching team.

For Sanchez it is an opportunity to return to the mound as a reliable pitcher after having spent three difficult seasons with the Detroit Tigers.
According to several sources, the Venezuelan agreed to sign for 2.5 million dollars this season and could obtain a higher income depending on some incentives included in the contract.

Sanchez, 33, born in Maracay (Venezuela), led the American League with an ERA of 2.57 in the 2013 season, but struggled in the next three championships with the Tigers due to a series of injuries, what was even placed in the relievers box.

In 2017, Sanchez had a career-best ERA of 6.41, the worst since reaching the Major Leagues.

The Tigers sent him to the minor leagues and in the last three years his accumulated effectiveness was 5.67, without being able to help the team.

Sanchez was punished with 85 home runs in 88 appearances in 415 innings and two thirds.