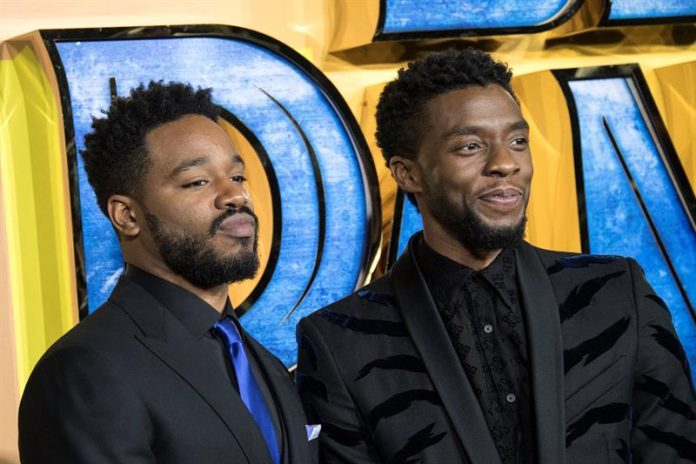 The director of “Black Panther”, Ryan Coogler, thanked today, in a letter to all those who made possible the historic premiere of this superhero movie, which only in the United States and Canada has achieved in its first weekend 242.2 million dollars of collection.

With this data, “Black Panther”, the new tape of Marvel and Disney, registered in North America the second best premiere of the story in four days – counting the figures of Monday festive-, only surpassed by the 288 million dollars that it obtained ” Star Wars: The Force Awakens “(2015), informed the specialized portal Box Office Mojo.

If the comparison is limited to the traditional three debut dates (Friday, Saturday and Sunday), “Black Panther” would have registered the fifth best premiere in history.

In the film – praised for its diversity in front of and behind the camera – T’Challa (Chadwick Boseman), the king of the fictional Wakanda, returns after the death of his father to his home, an African nation isolated from the world but with a tremendous technological potential.

Throughout the world, “Black Panther” has already raised 426.7 million dollars.
Therefore, Coogler, who was also the director of “Creed” (2015), thanked in a letter released today by Marvel: “I find it difficult to find the words to express my gratitude at this time, but I will try.”

He said that shooting this film was “a team sport” and pointed out that all the staff that worked in “Black Panther” believed that “people from all over the world would go to see a film about a fictional country in Africa, made with a cast with African descent “.

However, Coogler said that “not in a million years” he would have imagined a response as massive as the one he received “Black Panther”, a reception that, he explained, made him cry.

In his list of acknowledgments, the filmmaker mentioned, for example, the fans who filled the cinemas, the journalists who wrote about the film and the young people who took “their parents, their mentors and their friends” to see the tape.

“Thank you for giving our team the greatest gift: the opportunity to share with you this film, in which we turn our hearts and our souls,” he said. efe