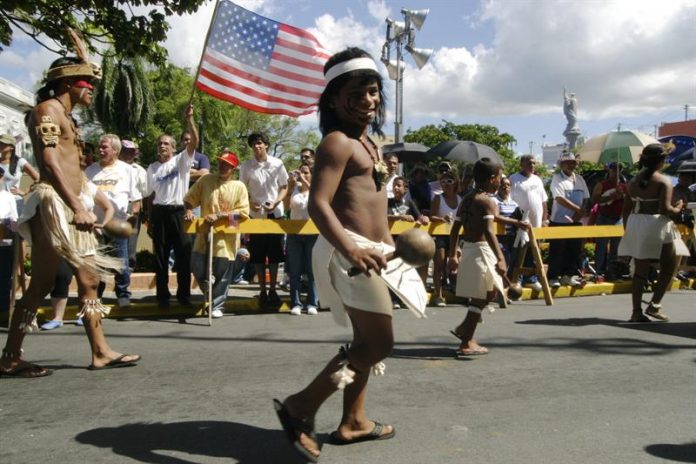 The Tainos, an indigenous ethnic group associated with the inhabitants of the Caribbean, did not become extinct, as is frequently said, but they were integrated into the new civilization after the arrival of the Spaniards while still maintaining their roots, according to a study published today.

The original genetic sample used by the authors of the research, published today in the journal “PNAS” of the National Academy of Sciences (PNAS), came from the tooth of a woman found on Eleuthera Island in the Bahamas, who lived between the century eighth and tenth, at least 500 years before Christopher Columbus arrived in America.

Comparing the ancestral genome of this native of the Bahamas with those of current Puerto Ricans, the researchers found that they were “closer to the Taíno ethnic group than to any other group of indigenous people in the Americas.”

However, the researchers consider that these characteristics are not exclusive to the inhabitants of Puerto Rico and hope that future studies will find “similar genetic legacies in other Caribbean communities.”

“It’s a fascinating discovery,” said Hannes Schroeder, a professor at the University of Copenhagen and lead author. of the study.

“Now we know they were right all along: there has been some form of genetic continuity in the Caribbean,” said Schroeder, who led the research as part of the Nexus 1492 project.

The investigation includes the testimony of Jorge Estévez, a Taíno descendant who, despite growing up in New York, remembers the stories of his grandmother and his ancestors.

The results of the study confirm what Estevez heard as a child.

“This shows that the true story (of the Tainos) is certainly one of assimilation and not total extinction,” said the Hispanic who works at the National Museum of American Indians and participated as an assistant to the project’s research team.

Another important aspect contributed by the study is the possibility of confirming the theory that many of the natives who inhabited the Caribbean islands have their origins in the Arahuacos, originating in the north of South America.

“I am truly grateful to the researchers, although this may have been a subject of scientific research for them, for us the descendants is truly liberating and stimulating,” Estévez concluded.