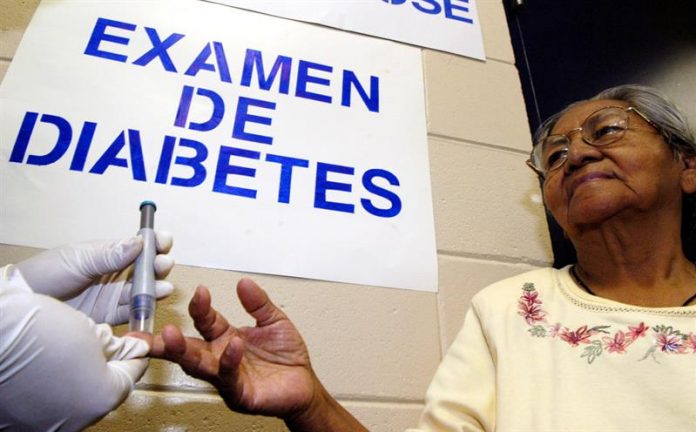 Having diabetes and not having a medical control usually presents consequences after having the disease for a period of about 10 years, said today the endocrinologist Miguel Escalante Pulido.

“One of the most frequent is the loss of vision, usually due to detachment of the retina, in fact up to 15% of patients get to lose sight of this chronic degenerative pathology,” he said in a statement.

According to data from the 2012 National Health and Nutrition Survey, 9.2% of the adult population, about 7.2 million people, had diabetes in Mexico, and only 25% had adequate metabolic control.

The head of the Endocrinology Service of the Specialties Hospital of the Mexican Institute of Social Security (IMSS) in Jalisco explained that diabetics are prone to develop diabetic neuropathy and diabetic foot.

Both conditions are associated with loss of sensation in the extremities and the development of gangrene.

“They walk on very hot sand on the beach, return with burns, or work in the field and have tacks added and do not feel it, then they arrive with an infection and there is only surgery to remove the limb,” the specialist said.

He warned that diabetes can affect any organ of the patient, for example, the kidney, liver and heart.

“It can fall into cirrhosis and the trigger is glucose, it affects everything that is irrigated by blood vessels, the kidney, the eyes, and cholesterol plaques appear in the heart,” he said.

In 2016, Mexico declared an epidemiological emergency due to diabetes, a disease that caused 98,450 deaths in 2015.

The expert explained that diabetes usually makes its debut in people with a family history of the disease, obesity, overweight, and who tend to sedentary lifestyle, not forgetting pregnant women who may be with gestational diabetes and patients with pancreatitis.

He noted that patients who are already diabetic should have a test to measure their glycosylated hemoglobin at least every three months, which in normal terms should be less than 7%.

A patient whose glucose is in 140 and 200 is already considered prediabetic, since he has developed an intolerance to glucose and it is noticed that his pancreatic function has been lost up to 30%.

While people with glucose greater than 200 may already present damage of up to 70 or 80% in the pancreas, he explained. efe