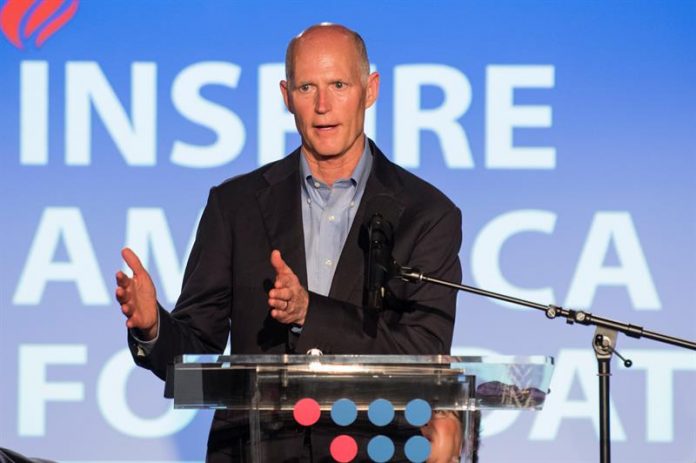 Florida Governor Rick Scott today announced an alliance of educational, business and development organizations to help find jobs for Puerto Rican families who settled in the state after Hurricane Maria.

A statement from the Government indicated that CareerSource, the Puerto Rican Chamber of Commerce of South Florida and the Ana G. Méndez University System will work together to connect Puerto Rican families with the available job offers and provide them with the job training they need.

The announcement was made at the headquarters in Miami Lakes, the aforementioned university center, which has provided more than 50 scholarships to students in Puerto Rico to continue their studies in Florida.

Scott, who this week was on the island devastated by Maria last September, reiterated today that Florida will continue to help those displaced by Maria as much as possible.

“Much of the success of a family depends on its ability to find employment, which is why it recently announced a million dollar investment in the Florida work system to help insert those displaced by Mary,” said the governor. .

In turn, the Department of Economic Opportunity (DEO, in English) of Florida has received from the Federal Department of Labor a fund of $ 13 million for training and job counseling in favor of people affected by the hurricane.

According to Scott, there are currently more than 260,000 job opportunities in Florida and the alliance of organizations announced today will ensure that each family has the ability to support itself.

According to data from the Florida Governor’s Office, since October 3, 2017 more than 367,000 people have arrived in Florida from Puerto Rico through the international airports of Miami and Orlando and the Everglades cruise port in Fort Lauderdale. efe