The Dominican film with the greatest international reach with 500,000 ticket offices sold, starting on Thursday, February 9, 2018.

MIAMI, FLORIDA.- This week, Frank Perozo’s first feature film comes to Miami and other cities in Florida, under the international distribution of Spanglish Movies: COLAO, a film that has broken schemes in terms of its international trajectory, box office success but Once valued by critics, it currently has 3 nominations for Soberano awards, and 4 pre-nominations in Platinum Prizes of Ibero-American cinema.

At the press conference in Miami, the protagonist Manny Pérez will be present as well as the actor Anthony Álvarez, to share with the press and related.

In Miami, Dominicans, Boricuas, Cubans and all Latinos in general will be able to enjoy “COLAO”, starting Thursday, February 9, 2018, in the Cinemas:

The tape continues in billboards in NY, NEW JERSEY, MASSACHUTTS, PHILADELPHIA, PROVIDENCE, CONNECTICUT, and in REP. SUN. Where he has been in theaters for 10 weeks.

Synopsis
In the depths of Jarabacoa lives Antonio, who has not done more in his life than growing the coffee fruit as he has been taught since he was young. Bachelor, under the family and almost at the age of 40, decides to turn his life around and open up new horizons in order to find the only thing he lacks in his life; love. Anecdotes from day to day in the city of Santo Domingo, conducted with a dialogue basted for the situation comedy, where Antonio is accompanied by his two cousins ​​Felipe and Rafael Rafael who help not only to conquer the heart of Laura but also look for independence, bringing out an adventure where love becomes the plot axis of the film. 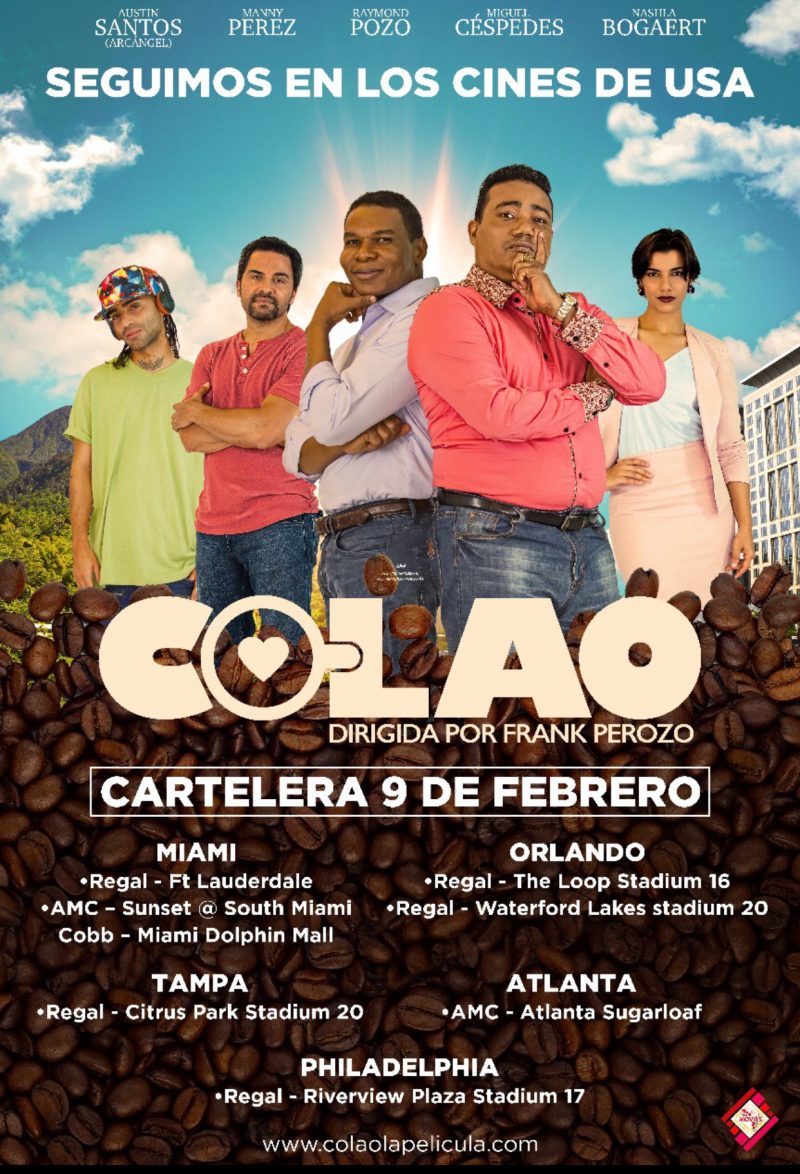