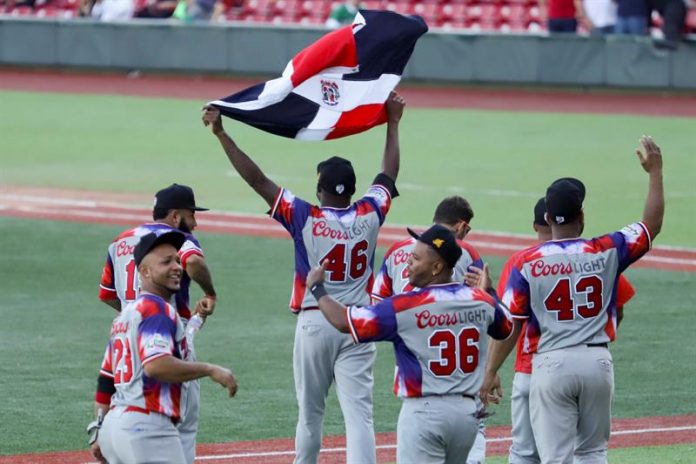 The Alazanes of Granma de Cuba, the Criollos de Caguas of Puerto Rico, the Caribs of Anzoátegui of Venezuela and the Águilas Cibaeñas of the Dominican Republic, qualified for the semifinals of the Caribbean Series that is played in this Mexican city.

The duels in the phase of the best four, which will be played this Wednesday, will be Puerto Rico against Venezuela in the first round and Cuba against Dominica next.

As defending champions, the Criollos de Caguas will try to revalidate the title they won in Culiacán 2017.

The four teams will look for the win that will allow them to reach the final that will be played on Thursday.

Today, in the clash that closed the preliminary phase of the tournament, the Tomateros of Culiacan de Mexico won 8-1 to the Dominican Republic, in a game of mere procedure.
The Mexican victory, which “decorated” its final record, defined the classification and the crosses before the final.

The first place was captured by Cuba with a 3-1 record, the best in the first five days of competition, followed by Venezuela, Puerto Rico and Dominicana, all with a 2-2 mark, while Mexico finished fifth and last (1- 3).

Precisely in the first game of the fifth day, the Alazanes de Granma won by 6-3 to the Criollos de Caguas and won the tournament lead.
In the first game, the announced pitchers are: Rolando Román, for Puerto Rico, and the American Daryl Thompson, for Venezuela.

While in the second game the openers will be two Cubans, Lázaro Blanco, for Cuba, and his compatriot Yunesky Maya, for the Dominican Republic.

For the first time in the last six years, the representative team of Mexico will not be in the final of the Caribbean Series. From 2013 to 2017, the Mexicans won three championships and two runners-up. efe