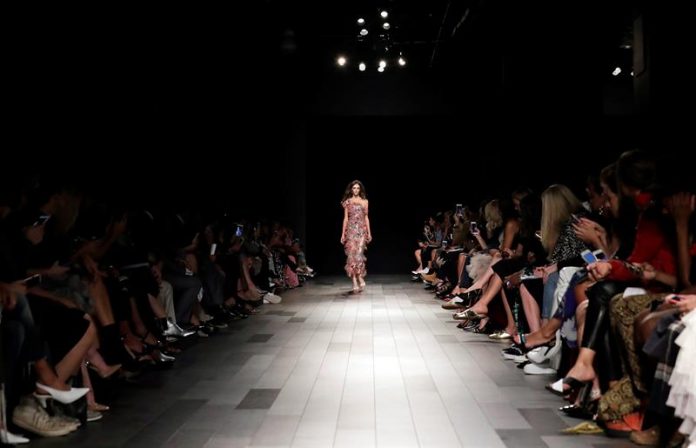 New York Fashion Week (NYFW), considered one of the most influential catwalks on a global level, begins this Monday a new edition marked by the absence of designers who were once habitual and now choose to follow their own guidelines or change destination.

From the NYFW stage figures have been going down since last year, one of the most talked about that of Alexander Wang, who announced a couple of weeks ago the transfer of his presentations from February and September, when the event is being held, to the “pre-collection” period, in June and December.

The former creative director of Balenciaga, whose inaccessible “afterparty” has been almost as expected as his designs since he embarked on his solo adventure in 2016, will make his final intervention following the official schedule of Fashion Week on Saturday 10.

Palpatible absences will be those of Proenza Schouler and Rodarte, who have defected to the haute couture fashion shows of Paris; Joseph Altuzarra and Thom Browne, who change New York Fashion Week for that of the French capital, or Tommy Hilfiger, bastion of American fashion, which goes directly to Milan.

Victoria Beckham also takes the reins of her presentation during NYFW and her clothes will star in “intimate” events at Manhattan’s James Burden mansion, reminiscent of her beginnings 10 years ago, which she will celebrate by returning to London Fashion Week in September.

The last to announce changes has been the firm Marchesa, co-directed by Georgina Chapman, still the wife of the disgraced Hollywood producer Harvey Weinstein, who after scheduling an “updated format” for the closing day of the NYFW, decided to cancel his final parade hour.

The Council of Designers of the United States (CFDA) is considering, in fact, to turn over the New York event in the summer and winter seasons, of which it is an organizer, with new dates in June and December, which could change the calendar of the NYFW

Steven Kolb, director of the council, told the specialized WWD that he observes “a group of about five brands” that could be interested in presenting their proposals during the “pre-collection”, although no announcements have been made about it.

Meanwhile, the exodus of great designers from the New York catwalk opens the way to other brands, such as Bottega Veneta, or Juicy Couture, which will parade its well-known Velvetón tracksuits for the first time in a Big Apple taken by the “influencers”.

Some companies will take advantage of the popularity in social networks of these figures and present their proposals in places that are very suitable for Instagram or Snapchat: Derek Lam will do it next to a pool and J.Mendel in the luxurious Ladurée bakery, according to Vogue magazine.

The “decentralization” of the NYFW began in 2010, when the Lincoln Center, located west of Central Park, replaced downtown Bryant Park, and today the runways are divided between the Spring Studios of Tribeca, the Pier 59 of Chelsea and spaces chosen by each fashion house across the length and breadth of the city.

In the midst of all the changes, there is also the feeling that the way to bring collections to the public, especially in the digital era, is “going out of style,” according to specialized media, including The New York Times.

That’s why the “See now, buy now” movement emerged, a car that Ralph Lauren and Tommy Hilfiger are still up, although others like Tom Ford, who will present collections for men and women, have decided to move back and enjoy the traditional six-month margin between the catwalk and the purchase.

As another form of expression, fashion will also adopt a political position with an event dedicated to the movement “Me too”, days after the same Diane Von Furstenberg, director of the CFDA, proclaimed “zero tolerance” towards sexual harassment in the industry, shaken by accusations against renowned photographers. (efeusa)