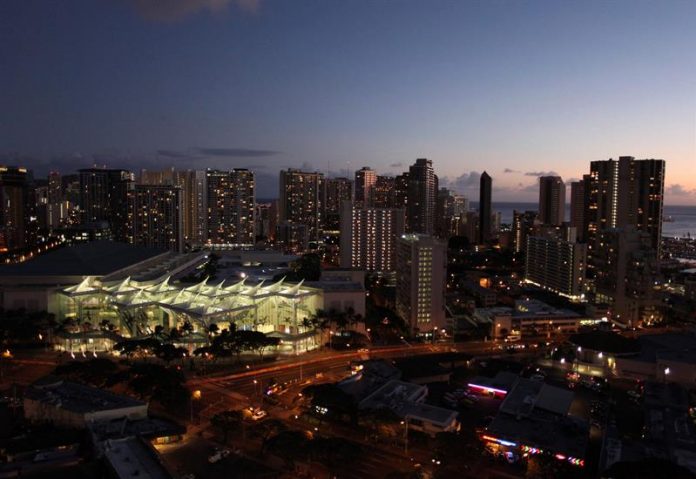 Hawaii, that archipelago of islands that from its enclave in Pacific waters distils a certain aroma to earthly paradise, saw its usual tranquility shaken a few weeks ago when an alert of attack sowed the alarm. It was not a simulation or a joke, it was just a bunch of mistakes.

“Threat of ballistic missiles in the direction of Hawaii, seek refuge immediately, this is not a simulacrum,” were the frightening words that the Hawaiians could read on the screens of their mobile phones on January 13, early in the morning.

However, silence reigned on the streets. It did not sound the usual sirens that every so often alert the population of the archipelago of the arrival of a tropical storm. Fear and bewilderment took over the islanders.

“I did not feel afraid, but I was surprised how many people had it.” Many people were very scared, calling their families and bringing their children together to take them to the basement, so they would be protected underground, “Valerie Willman, a psychologist, told Efe. who resides on the island of Kauai.

The population of the archipelago had to wait 38 eternal minutes until the authorities confirmed that it had been a false alarm.

Everything was due to a concatenation of errors that in recent days has led to a succession of apologies, resignations and, of course, dismissals.

According to what has been known thanks to one of the investigations opened by both local and federal authorities, it all started when one of the supervisors of the night shift of the Emergency Management Agency (EMA) decided to surprise the employees of the replacement in the morning with an unforeseen drill.

According to the Federal Communications Commission (FCC), said supervisor, whose identity has not been disclosed, recorded the alert in a voice message, which was sent internally and in which he warned on three occasions that it was of an “exercise”.

However, the technician responsible for sending the warning messages, who was later known to be a problematic employee, did not realize that it was a simulation, so, apparently in shock, he sent the alarm message that sowed panic among citizens.

Despite the silence of the sirens in the streets, the indication that it was not a simulacrum and the fact that no one denied the situation, they convinced thousands of citizens that the end of the world – at least theirs – was approaching.

The local authorities, however, had already confirmed with the Pacific Command, in charge of the military operations in the region, that no launching had been detected from North Korea and that, therefore, it was a false alarm.

All eyes turned then to the highest authority in the archipelago, Governor David Ige, with the hope that he would inform his fellow citizens. But the minutes passed and the leader did not speak.

“I must confess that I do not know the keys of my Twitter account”, I would end up recognizing Ige days later.

During that more than half an hour of bewilderment, the governor was trying to get in touch with several members of his communication team in order to find out his password, access social networks and thus reassure the Hawaiian population.

“How the hell can it take 38 minutes to say: ‘I made a mistake’, especially when you know that people are panicking,” Willman asked when talking to Efe.

Following the event, Ige has decided to change some things, such as installing Twitter on your mobile phone to facilitate access to your account.
But the changes do not end there.

Last Tuesday, the EMA announced that its manager, Vern Miyagi, had submitted his resignation and, perhaps more important to prevent that happened again, that the employee responsible for sending the message had been fired.

In addition, the management of the crisis has stoked the eternal US debate about where local responsibilities end and the federal ones begin.

“A missile attack is federal … The notification and confirmation of something like that should depend on the institution that knows the most and knows with certainty,” Hawaiian Senator Brian Schatz told the communications subcommittee on Thursday. , Technology and Innovation of the Upper Chamber, in clear reference to the Department of Defense.

It is not clear if the Pentagon will pick up the glove, but it is clear that, given the nuclear threat posed by Pyongyang, the situation is worrisome. After all, what failed was the first line of defense of the United States in the Pacific.