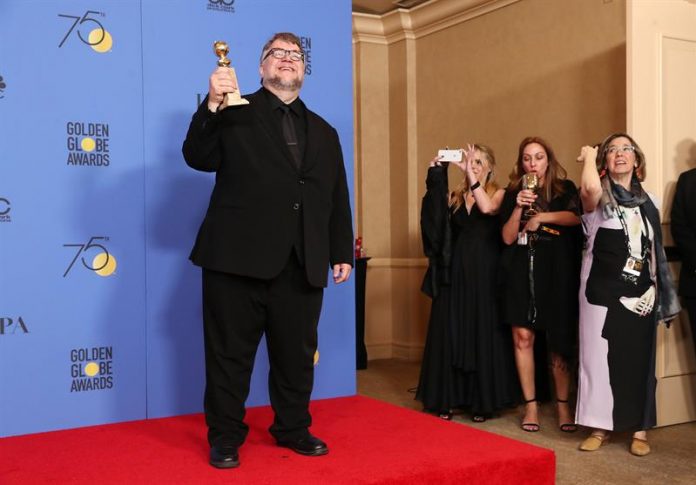 Mexican filmmaker Guillermo del Toro triumphed today at the Directors Guild Awards (DGA) by winning the award for best film direction thanks to “The Shape of Water.”

Del Toro won the most prestigious award of the night to the also nominated Greta Gerwig (“Lady Bird”), Martin McDonagh (“Three Billboards Outside Ebbing, Missouri”), Christopher Nolan (“Dunkirk”) and Jordan Peele (” Get Out “).

“Inclusion is necessary for the simple reason that we are not hearing all the stories that should be heard,” Del Toro said in his thank-you speech.

“If the films are good, can you imagine if we heard one hundred percent and not fifty percent of the voices?” Added the Mexican filmmaker.

After the Golden Globes, in which there was no nominated director, grew in Hollywood the controversy about discrimination against women in a few months, also marked by the scandals of sexist sexual assault and the irruption of the movements “Me Too “(Me too) and” Time’s Up “(Time is up).

Del Toro continues its triumphal march in the awards season, as it won the Golden Globe for the best director at the beginning of January and is also nominated in the same category for the Oscars, which will be presented on March 4.

The Directors Guild awards are usually a good thermometer within the awards season to gauge what might happen at the Oscars.

In the last ten years, all those who won the award for best director in the DGA awards then repeated in the same category of the Oscars with the year 2013 as an exception, when Ben Affleck won by “Argo” in the recognitions of the Syndicate of Directors but it was Ang Lee who took the cat to the water in the Oscars for “Life of Pi”.

“The Shape of Water” is the big favorite for the Oscars with 13 nominations, of which three correspond directly to the Mexican: best director, best original screenplay (with Vanessa Taylor) and best film (as producer, along with J. Miles Dale ).

In the 70th edition of the Directors Guild Awards, whose gala was held today at the Beverly Hilton Hotel in Los Angeles, Jordan Peele won the award for best director of an opera prima for “Get Out”.

Matthew Heineman won the award for best documentary director for his work in “City of Ghosts,” while veteran filmmaker Michael Apted received the honorary award from the union.

As for the small screen recognitions, Jean-Marc Vallée won the award for best director in a miniseries or television movie for “Big Little Lies”, Beth McCarthy-Miller won as the winner in the section of best comedy for “Veep” “, and Reed Morano won recognition in the drama category for” The Handmaid’s Tale. ” efe