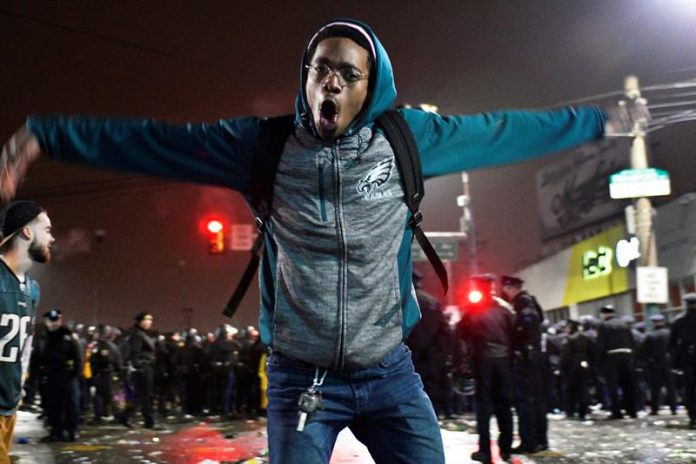 The streets of Philadelphia were taken by thousands of fans throughout the night after their team of the Eagles won by 41-33 to the New England Patriots in the game of the 52nd edition of the Super Bowl that was played in the U.S. Bank Stadium of Minnesota.

All corners of the city’s most central streets were filled immediately after the game in which reserve quarterback Nick Foles was the great figure of the team that gave them the first title after three appearances in the Super Bowl.

The wait lasted 58 years and hence the great joy of fans who were eager and hungry to celebrate the award of the Vince Lombardi trophy, the best example of the sport of American football and professional sport in the United States.

No matter where they climbed to show their joy, fans also began to receive, from some famous places of beverages, free beers to fulfill the bet that had made a mark with the tackle of the Eagles, Lane Johnson, to give a can for every fan who asked for it during the night if they got the victory.

Most of the euphoria and enthusiasm samples of the fans were carried out without problems, while they hugged each other, cried and sang the song “Fly Eagles Fly” while the midnight fireworks filled the cloudy sky.

All claimed the spirit of the legend of Rocky Balboa, now embodied in the figure of Foles, reserve marshal who dethroned the legendary passer Tom Brady of the Patriots in their search for a sixth Super Bowl title.

Eagles fans gathered on Broad Street in Center City immediately after the final play until the area was packed, while all skyscrapers were illuminated with green and blue lights in honor of Philadelphia team uniforms. 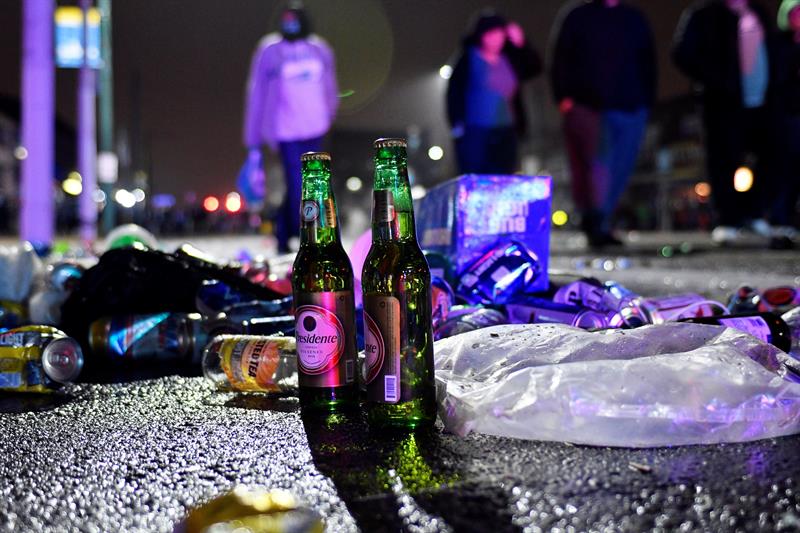 Small incidents could be seen as some cars turned in streets adjacent to the center, but always under the control of the forces of order that were deployed from hours before the game began.

Some bottles were also thrown in the area and a police officer said that an admirer was arrested for climbing onto a street pole without clothes.

As local authorities had warned, starting at 1:30 am local time (6:30 GMT), the streets had to start being evicted by the fans.

The delegation of the Eagles team will arrive in Philadelphia this Monday afternoon and the official celebration parade through the streets of the city center is expected to take place on Wednesday.