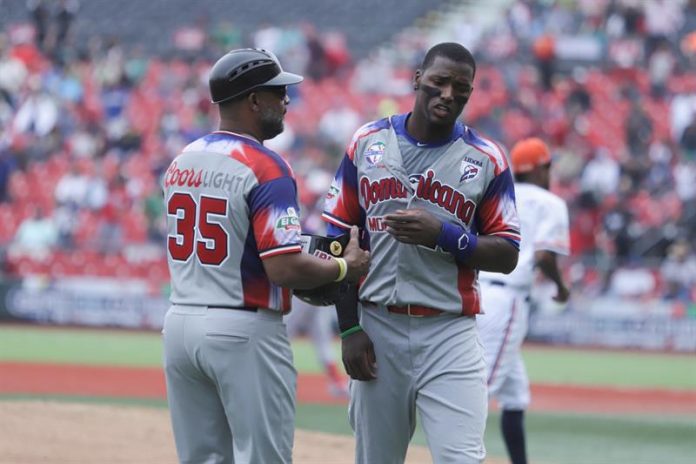 With an offense of 15 hits, the Dominican Cibaeñas Eagles defeated the Puerto Rican Caguas Criollos 6-3 today in the first game of the third round of the Caribbean Series.

Dominican relied on the work of southpaw Francisley Bueno, who worked five full innings in which he accepted six hits, prescribed three strikeouts and gave two bases per ball to prove victory.

With the win, first in the series, Dominican now has a 1-1 record, same as Puerto Rico who registered his first setback and Venezuela playing at night against Mexico, last with 0-2.

Dominican entered the pace of the game and immediately ignited the board at the opening of the first inning with consecutive hits by Aviatal Avelino and Juan Perez, who advanced after ‘wild pitch’ and then came to ‘home’ with line to Edwin’s right field Spinal.

The Dominicans kept pace in the second inning by putting together a three-rally rally.

Héctor Goméz singled to the center, Carlos Paulino doubled and took him to third and Gustavo Nunez filled the house with ‘ground ball’ to third.

Avelino, with line to the center, pushed Gómez to the plate, advanced to the runners and caused the exit of left-handed Giovanni Soto, who was replaced in the ‘mound’ by Iván Maldonado.

From the third to the fifth innings the teams were not hurt and it was until the close of the sixth when the Caguas Criollos woke up in the batting box.

David Vidal and Damek Tomscha hit unstoppable midfield and right and then Dayron Varona gave the center line to take Vidal to the plate.

Tomscha and Varona advanced to third and second with error of the Dominican receiver Carlos Paulino and Wilfredo Rodríguez received a passport to fill the house; Irving Falu gave unstoppable to the right and Tomscha and Varona stamped.

The seventh went blank for both novenas and in the Dominican eighth scored the sixth through Yefri Pérez, who gave the right single, stole second and reached third with receiver error and stepped home with Gustavo Núñez’s ground ball to the stops short

The defeat was for Puerto Rican Giovanni Soto, who exploded after an entry in which he received seven hits and five runs.

The best man in the Dominican offense was Abiatal Avelino, who went 5-3 with one produced and one scored.

Tonight, in primetime, Mexico, represented by the Tomateros de Culiacán, will face Venezuela, whose flag is carried by the Caribes de Anzoátegui.
For the first will launch Rolando Valdez and the second Nelson Molina.

The series meets a preliminary stage, five days, under the system against all of which four semifinalists will play on Wednesday for the pass to the final to be fulfilled on Thursday 8.