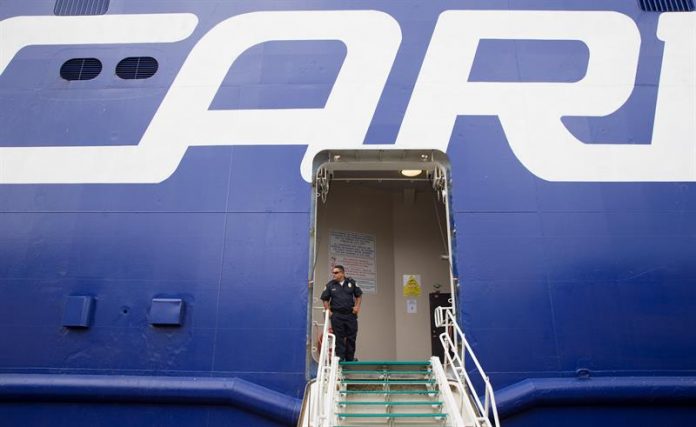 The company of sea transport of passengers, cars and cargo in the Caribbean, Ferries del Caribe, today offered the possibility of picking up part of the 12,000 passengers of the airline PAWA that have been stranded in the airports of Puerto Rico and the Dominican Republic due to the suspension for 90 days of the company’s operations, after payment of 79 dollars.

The president of Ferries del Caribe, Néstor González, announced today in a statement that it is a “humanitarian effort”.

The possibility of transfer will take place during 15 days between tomorrow and February 20 and will transfer those passengers both in Puerto Rico and in the Dominican Republic who stayed at the airports without the possibility of traveling with their respective airline tickets. the PAWA line.

This “opportunity” will be extended to those passengers of PAWA who are interested in traveling from Puerto Rico, interconnecting with other airlines to the Caribbean islands whose air service from the Dominican Republic has been affected.

Passengers duly identified with PAWA tickets that are thus identified can travel on board the ferry “Kydon” of Ferries del Caribe “paying $ 79 per person”.

This cost includes taxes for each destination and your luggage.

This week the general director of the Dominican Institute of Civil Aviation (IDAC), Alejandro Herrera, justified the suspension of the operations of the airline PAWA for 90 days for non-payment of fees and aeronautical and airport services, affecting thousands of passengers

At the same time, the official guaranteed the rights of passengers who purchased tickets from the airline PAWA, which travels to Antigua, Aruba, Curacao, Havana, Puerto Rico, Miami and San Martin.

In a statement, Herrera described as “unfortunate” the suspension, but noted that it was made to “preserve the good health of the national aeronautical system, because it is a sector of compliance and obligations, and that who is not able to assume those responsibilities can not participate. ”

Only the IDAC, PAWA Dominicana owes 1.5 million dollars for the aeronautical rate, said the official, who noted, however, that the company “have expressed interest in meeting the requirements.”