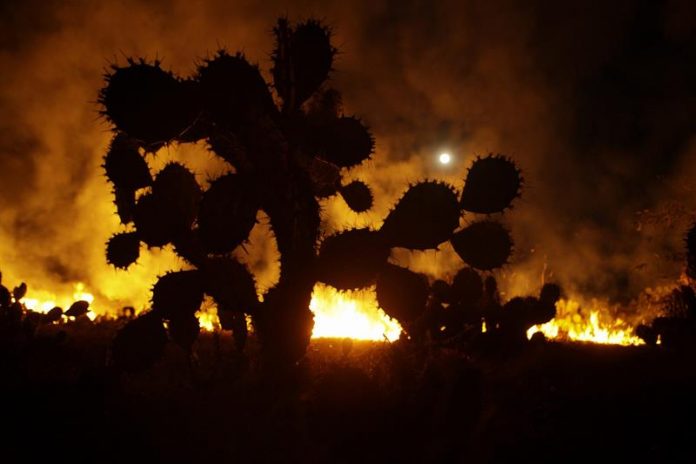 Tonight you can see an astronomical phenomenon that has not seen any human being currently alive on Earth; The luminous super moon that today will rest on the sky obeys to the appearance of phenomena that did not coincide since 1866, the Mexican astronomer Brenda Arias told Efe today.

Today, the second full moon of the month – called the blue moon – coincides in time with an eclipse that has already stained the lunar surface red in the early morning, generating an astronomical event that, according to the expert, also speaks of the smallness of the human being the immensity of the universe.

These phenomena have happened throughout the history of the Solar System, only that there were no human beings to observe them, something that evidences the ancient entrails of the universe (around 13,700 million years) if we compare it with the short existence of humanity ( about 300,000 years for our species, Homo sapiens).

“The super moon is when we have a full moon and it is also at the shortest distance between the Moon and the Earth, so we can see it bigger and brighter, because it is closer,” he said.

Summing it is the second of the month and the eclipse that covered the moon with a red mantle last night, today is an event that “generates many expectations.”

The academic from the Institute of Astronomy of the National Autonomous University of Mexico (UNAM) wanted to clarify that the name “blue moon” has nothing to do with color, since it refers to the moment in which the full moon is given for the second time. the same month, as is the case.

Even so, she was enthusiastic that “this type of phenomena have such a strong impact in our society because it shows us that science and astronomy are very much at the heart of human beings”.

To exemplify it, he mentioned the ancient Mayan and Aztec civilizations, which “were extraordinary observers of the sky and, of course, measured this type of phenomena”. 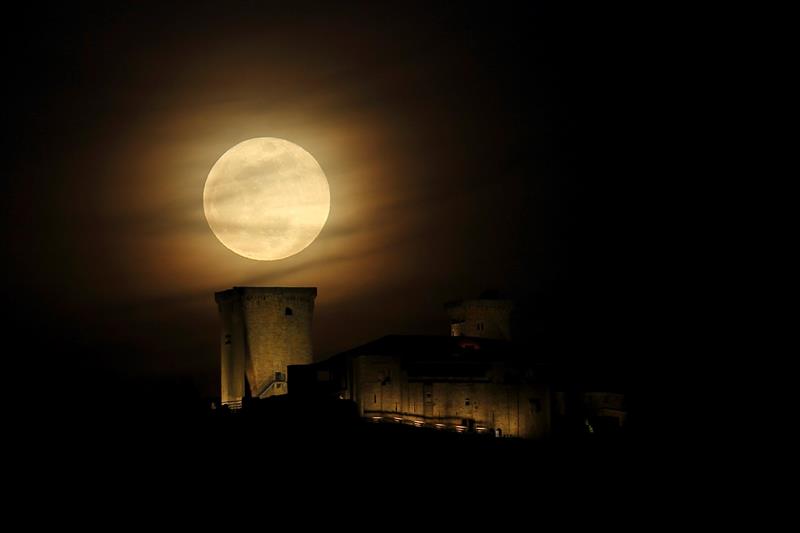 The super moon of today does not grant any scientific knowledge or generate any change in the atmosphere or tectonic plates, something that the expert emphasized since in recent days the rumor circulated through social networks that certain volcanoes could erupt, something that is totally false since “there is no relationship between one phenomenon and another”.

“It’s more of an event that allows everyone, because we do not even need a telescope or binoculars, to enjoy this phenomenon of nature,” he said.
Astrologers claim that this “blood moon” causes drastic changes in people’s behavior, something that science completely denies.

“Scientifically we know that an eclipse is not more than the shadow that the Earth generates to the Moon,” said the expert.

The eclipse of the moon occurs when the Sun, the Earth and the Moon align and our planet casts a shadow on its natural satellite, giving it a reddish color that has made it known as a blood moon or red moon over the years .

Unusual events such as today can be predicted “with pure mathematics”, calculating the speed of the Moon around the Earth and the Earth around the Sun to know when other eclipses will happen that coincide with the blue moon.

For now, today, 152 years after he was seen for the last time, a lush moon can be seen suspended in the sky throughout the night giving a delight to the eye and, incidentally, a reflection on human existence. efe