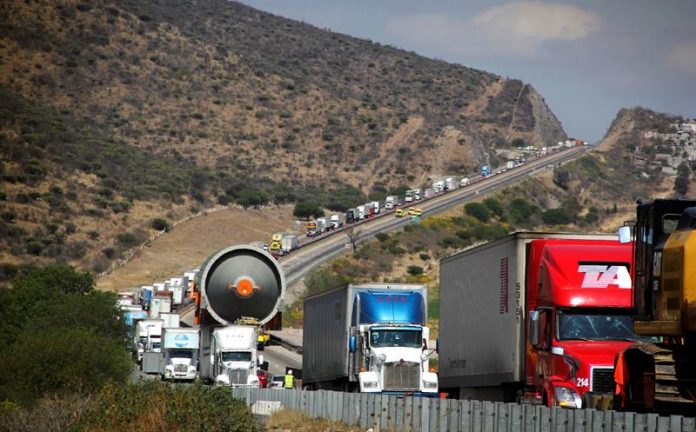 Mexico grew 2.1% in 2017, according to preliminary data published today, and although the figure is lower than that registered in the previous year, it gives “encouragement” to the economy, said the Ministry of Finance and Public Credit (SHCP) .

“The balance of the economic part is good, last year we started with much lower growth expectations, we started with 1.5%,” the head of the ministry, José Antonio González Anaya, told the media at the end of an event. in Mexico City.

The fact that the growth figure -2.1% in original figures compared to the previous year, and of 2.3% in seasonally adjusted figures- is “solidly above 2% gives us encouragement,” he said.

However, the data implies a slowdown in the economy compared to 2016, when the gross domestic product (GDP) registered, in real terms, an increase of 2.9%, a figure that was adjusted upwards after 2.3% reported previously.

In the latest revision of its growth forecast in November, the Government estimated the GDP increase in a range of between 2 and 2.6% this year, despite a complicated international context and the uncertainty generated by the renegotiation of the Free Trade of North America (NAFTA).

The preliminary data presented today by the National Institute of Statistics and Geography (INEGI) made reference to the fact that GDP growth was driven by advances in the tertiary (3.1%) and primary (2.8%) sectors, while the secondary education experienced a decrease of 0.6%, compared to the previous year.

During the fourth quarter of last year, the GDP increased 1.8% with respect to the same period of 2016, which means an acceleration of the economic growth with respect to the period July-September of 2017, when the GDP registered an increase of 1.5% in real terms.

The result on the growth of the country is not “surprising” for the economic analyst of the bank See More Mariana Paola Ramírez, who pointed out to Efe that there were certain “elements of risk” for this year that were not present in 2016.

This is the case of the high inflation with which closed the year, of 6.77%, which was the highest level since 2000. This “implies negative real wages, affects the purchasing power in families and reduces one of the sectors most important that affects economic growth “, which is the services sector.

Said salaries -he argued- “we had not seen them in other years”, as well as interest rates that, comparatively, are higher than in previous periods, which impacts the consumption of durable goods.

Ramírez advanced that in the coming weeks, when there is a GDP measurement in which investments are included, “surely we will see a decrease” in this aspect, due to the “uncertainty” that the country has gone through due to, among others aspects, the renegotiation of NAFTA with the United States and Canada.

The analyst said that the comparison between 2016 and 2017 is complicated, given that the first was a leap year.

Without seasonal factors, the GDP advanced 1.7% in the fourth quarter compared to the same period of 2016, as a result of the increases in the primary sector (4%) and the tertiary sector (2.6%), and the decline of 0.7% of the secondary.

In this sense, Ramírez stressed the progress of the agricultural sector, which has been “important” and has contributed to the economic growth of the country.

The sector has benefited from a “greater global demand that could be good, at least for this year”, as well as the increase in the prices of commodities (raw materials), he added. (efe)