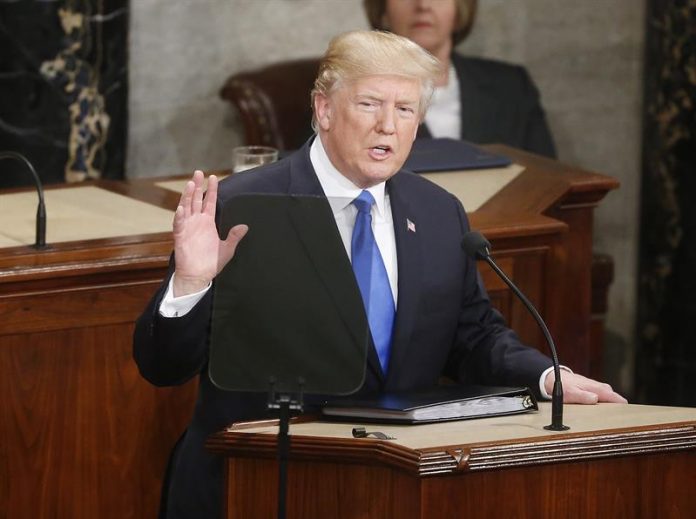 The president, Donald Trump, boasted today of the good progress of the economy and its tax reform to ensure that the country is living “a new American moment” and together, all citizens, can “achieve anything”.

“This is our new American moment, there has never been a better time to start living the American dream,” the president told both houses of Congress during his first State of the Union address.

Trump took the opportunity to boast of the good health of the US with an accelerated growth of around 3% annually and unemployment that has continued its progressive decline and that closed December at 4.1%, the lowest figure 18 years and below 4 , 8% in which he was when the tycoon assumed power.

Trump also came to the White House a year ago with the promise of achieving annual growth of more than 3% per year and, in December, got Congress to approve its ambitious fiscal reform, the largest in three decades in the US. It is considered as the great legislative triumph of its first year of mandate.

The reform includes, among other aspects, a significant reduction in corporate tax paid by companies from 35% to 21% and other reductions to a lesser extent for workers.

“We have cut the corporate tax rates from 35% to 21%, so that American companies can now compete and win against anyone in the world, it is estimated that all these changes will increase their income by more than $ 4,000. “, said Tump.

The president took advantage of his speech to request applause for the leader of the Republican majority in the Senate, Mitch McConnell, who played a key role in the approval of the tax reform. (efeusa)