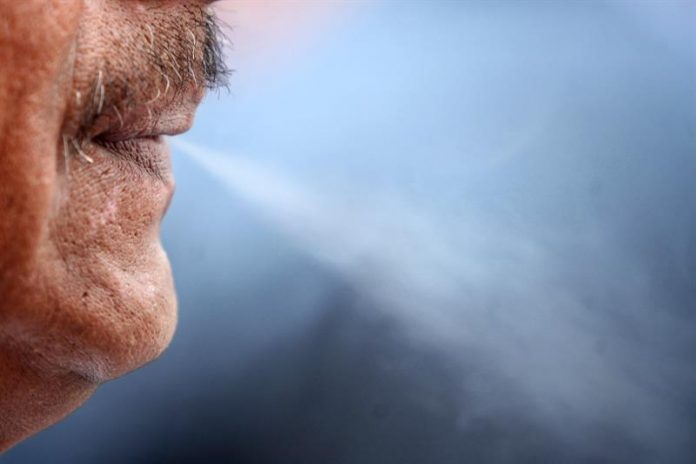 Active and passive smoking remains the main risk factor for developing lung cancer, and is the most common of the cancers that affect both men and women, registering 70% of the cases in the world. specialist.

“Smoking is the main factor, which is why we insist on places free of tobacco smoke, because of the large number of people who are at risk of developing lung cancer, which we see every time in younger people and in women “, pulmonologist Rubén Santoyo Ayala said in a statement.

The medical deputy director of the Specialties Hospital of the Mexican Institute of Social Security (IMSS) noted that the prevalence of women who smoke equals that of men, when a few years ago reported one case for every five men.

He explained that up to 20% of lung cancers come to be operated, even large lesions or tumors have been reported.

However, he warned that about 90% of the cases attended are in advanced stages, because the patient usually does not present previous symptoms, except for affectations associated with smoking.

“They will not give specific symptoms, usually the complication of snuff smoke is chronic obstructive pulmonary disease (COPD), cough, phlegm, occasionally wheezing, usually a cough of years, they get used to the symptoms, but the injury is going to grow, “he said.

The expert said that cases usually occur in people between 55 and 70 years, because it can take several years for lung cancer to be developed.

The main thing, he said, is to abandon the habit of smoking, which “basically requires will”.

The treatment of lung cancer usually requires, in addition to the removal of the tumor, radiotherapies and chemotherapies, and it is ideal to provide pulmonary rehabilitation.

World Cancer Day will be celebrated on February 4th.