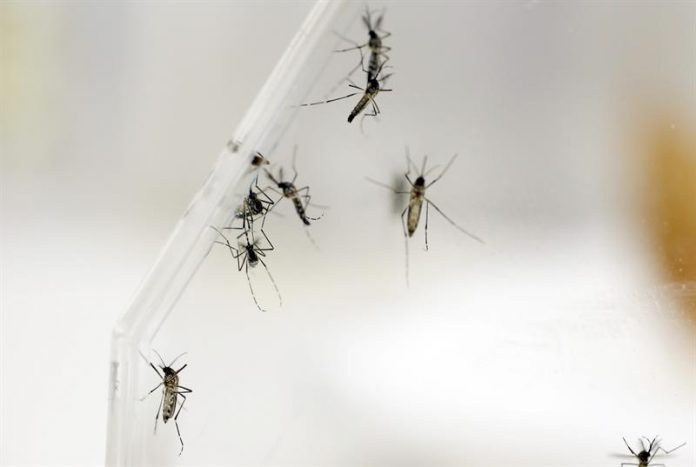 Authorities in Miami-Dade County (southeast Florida) will release thousands of male Aedes aegypti mosquitoes infected with bacteria in the city of South Miami in order to reduce the population of insects carrying the Zika virus, an official source said today. .

The division of Miami Dade County for the Control and Administration of the Mosquito Habitat and the company MosquitoMatre have launched an innovative program that they hope will serve to decimate the population of female Aedes aegypti mosquitoes that transmit Zika.

The MosquitoMate company, which provides male mosquitoes infected with Wolbachia bacteria (safe for humans), will test in a “half square mile treatment area in South Miami,” authorities in this city near Miami said. a statement.

The program consists of the release of male mosquitoes carrying the Wolbachia bacteria so that they mate with the females in the aforementioned area and incapacitate them for laying eggs, which will foreseeably lead to a decrease in their population.

MosquitoMate has already carried out tests with satisfactory results in Kentucky, California and New York, where a “significant reduction” of the female Aedes aegypti mosquito population has been observed.

The emission of male mosquitoes, which look for hidden females to mate, suppresses the use of herbicides and pesticides.

“The procreated eggs are not born, which can reduce the population (of mosquitoes transmitters of Zika) very effectively,” he said.

The program is expected to remain in force throughout the year 2018, with a system of traps to control the mosquito population.

The experts indicated that these mosquitoes infected in the laboratory are not genetically modified and the program has the approval of the Environmental Protection Agency (EPA) of the United States.

In addition, released mosquitoes can not bite, so they “can not transmit diseases” to humans or animals.

The authorities in Florida are preparing for the rainy season, which is when the Aedes egypti make their appearance and coincide with the summer.

A similar experiment was carried out near Key West (far south of Florida) last spring, but the passage of devastating Hurricane Irma through the keys last September interrupted the study and monitoring of the mosquito carrying Zika.

This virus is transmitted through Aedes aegypti mosquitoes or from person to person through sexual intercourse, among other routes, such as from a pregnant woman to the waiting child, who can also suffer from microcephaly and neurological problems.