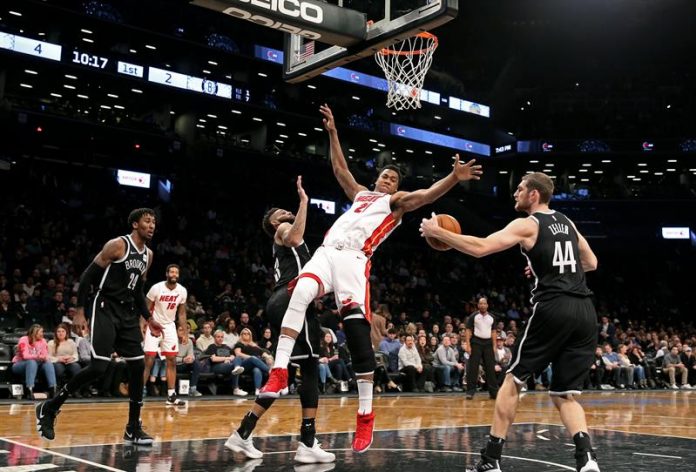 The pivot Hassan Whiteside contributed a double-double of 25 points and 14 rebounds that left him in front of the winning attack of the Miami Heat that were imposed by visitors by 88-95 to the Dallas Mavericks.

The victory allowed the Heat to sweep for the fourteenth time in 30 seasons the series that have played both teams after Miami also won last December local by 113-101.

Dragic recovered a ball that allowed his teammate, guard-base Tyler Johnson to score a triple that broke the tie on the scoreboard (35-38) with less than five minutes to complete the first part and from that moment onwards. Heat increased the lead to more than 10 points without giving the Mavericks a chance to get back into the game.

The victory was the second consecutive of the Heat (29-21) that remain leaders of the Southeast Division with a game and a half advantage over the Washington Wizards (27-22), who had a rest day.

Forward Harrison Barnes contributed 20 points and guard Wesley Matthews reached the 19 that did not prevent the Mavericks’ fourth consecutive loss (16-35) and seventh in the last eight games.

Former Mavericks Jason Kidd is fourth on the all-time list with 50,111 minutes played professionally in the NBA.

Puerto Rican baseman José Juan Barea missed the second consecutive game with the Mavericks by not having recovered from the muscle pull suffered in the left oblique.