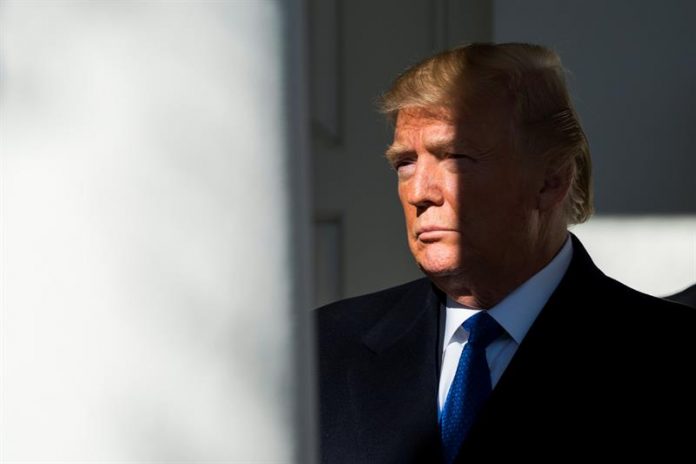 The president of the United States, Donald Trump, sent this Thursday a letter to various leaders of African countries in order to express their “deepest respect,” according to information released by the NBC News.

In addition to expressing his respect, in the letter, from which the network has not revealed the full content of the letter or the addressees, Trump would have announced a forthcoming visit by the US Secretary of State, Rex Tillerson, to the African continent.

With this letter the US president would have wanted to appease the spirits after the controversy that emerged on January 11, when various media revealed that during a meeting with legislators Trump had referred to some Latin American and African countries as “countries of shit”.

The president would have uttered these harsh words by suggesting that he would prefer to receive immigrants from Norway instead of the countries that benefit from the Temporary Protected Status Program (TPS), such as El Salvador, Haiti or Sudan.

“Why do we have all these people from shitty countries coming here?” Trump said during a meeting in which Republicans and Democrats negotiated a budget law, whose possible approval was at the expense of an agreement on the reform of immigration policy. between both parties.

The situation generated a diplomatic crisis with countries like Ghana or Nicaragua, whose respective governments condemned the words of the president and demanded respect for their fellow citizens.

Although the president denied the veracity of the information and accused the Democratic opposition of having invented the rumor, the White House also received harsh complaints from organizations such as the UN.

The African Union and several governments of the continent labeled as “racist” and “surprising” the comments, “given the historical reality of how many Africans came to the United States as slaves.”