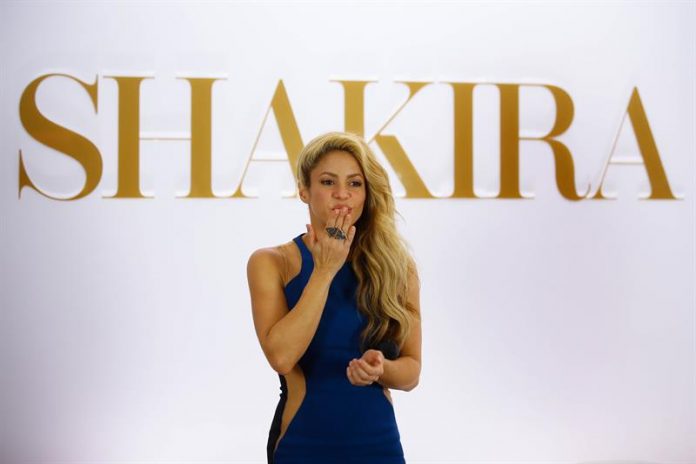 The Colombian singer Shakira, with “El Dorado”, won today the Grammy award in the category of best Latin pop album, in which she competed with performers like Juanes or Natalia Lafourcade.

The announcement was made during the pregala of the Grammy Awards that takes place today in New York, city to which this ceremony came after fifteen years of absence.

Shakira competed in the category with “The only constant” by Alex Cuba; “My plans are to love you”, de Juanes, “Love and live live from the city of Mexico, 2017”, from La Santa Cecilia, and “Musas”, by Natalia Lafourcade.

The Colombian interpreter was not present at Madison Square Garden to receive the award, but the Puerto Rican Residente was, who with her work “Residente” won the category of best Latin rock album, urban or alternative music.

Resident competed in that category with “Ayo”, from Bomba Estéreo; “Pa’fuera”, of the trio C4 and Public Disorder; “Lifeguard of Ice”, by Jorge Drexter, and “The Paradise”, by Los Amigos Invisibles.

In brief statements on the stage after collecting the prize, Resident regretted that the current music industry “is becoming numbers, numbers and numbers”, and dedicated the award to his collaborators, the “musicians of always” and to Puerto Rico.

In subsequent statements to journalists, Resident lamented that the United States has become “a bubble in which people do not leave and do not know other music, only their own”.

Resident described as “terrible” the situation in his country after the last hurricane season. “Some people are dying because they do not eat well, all that was in my heart and I dedicate it to my country, Puerto Rico,” he added.

In the other two categories of Latin music, Aida Cuevas with “Arriero somos” won the best regional Mexican music album, and Rubén Blades with Roberto Delgado and his orchestra, with “Salsa Big Band”, in the best music album. tropical latina.