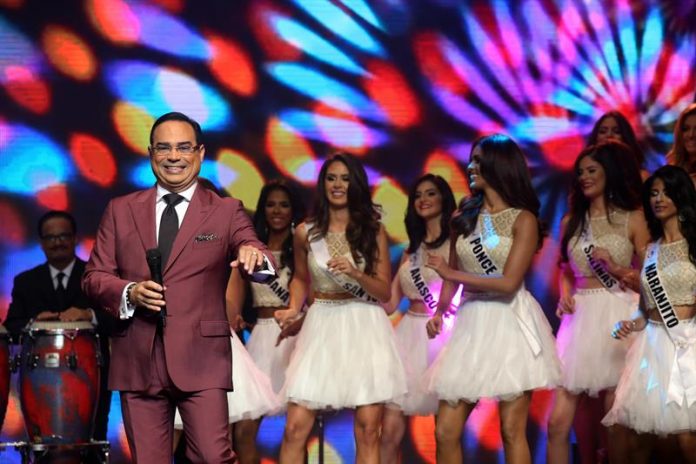 After forty years of career, the Puerto Rican salsa player Gilberto Santa Rosa told Efe that, faced with the intense and frenetic changes that the record industry is experiencing, we must prevent music “from becoming a disposable item”.

“Because there are old school things that work and that are even irreplaceable (…) I think it’s best to mix the two tendencies in order to reach people, so that music does not eventually become an article disposable: that one hears a song and does not want to hear it anymore, that’s what should not happen, “he added.

Gilberto Santa Rosa will perform next Thursday at the Microsoft Theater in Los Angeles, within the events for the 20th anniversary of the room Angelina Conga Room and as part of a US tour that will have stops in cities like New York, Miami or Dallas.

Known as “The gentleman of salsa”, the Puerto Rican continues in 2018 with the tour “40 and counting”, with which he commemorates those who, according to jokes, are only his “first” forty years as a musician.

“I’m very entertained, I’ve had a lot of fun, it’s very rewarding to go to places, see how people enjoy music, how people get involved in that celebration,” he said of a tour that in 2017 already took him to countries like Spain, Colombia, Dominican Republic or Costa Rica.

“And very nice things happen, for example, I received a very nice gift in the Canary Islands (Spain) from a fanatic who made me a cookie with the cover of all my records,” he recalled.

The singer of topics such as “Countdown” or “Consciousness” said that, looking back through the rear view of his long career, he feels fulfilled but also with encouragement to move forward.

“It’s a great satisfaction because you say ‘gee, I was not wrong’ at the time I made the decision to say ‘I’m going to follow this path so that it’s my way of life,'” he said.

“He had a talent that I thought could be of some use to me, and it helped me to make a lifetime, to achieve achievements, to know the world,” he added.

Santa Rosa explained that there was no singer in his family, so television became his “window to music” until he formed his first duo at school when he was still a child.

“That’s how I discovered the noise of singing to the public, that reacted and applauded you,” he described.

He also stressed that Puerto Rico is an extraordinarily musical land, not only in terms of salsa but also in classical music or in the urban genre that now sweeps away with “Despacito” as the maximum exponent.

“I think it has to do, for the believer, when the Lord when he divided the land said: ‘Gee, this island is too small for me, I will give it talent to defend itself,'” he joked.

“If you go to the history of us, music and the arts in general have been a constant,” he said.

Finally, Santa Rosa reflected on the difficulties that Puerto Rico is going through, especially after the severe disasters caused by Hurricane Maria last year.

“It is still in full recovery, but Puerto Rico, despite everything, is a country that rises from its worst moments, I have a lot of faith that we can get up, I was born, I grew up and I live there (…). That is why I can say quite frankly that I think there is a national spirit of being able to overcome this, “he concluded.