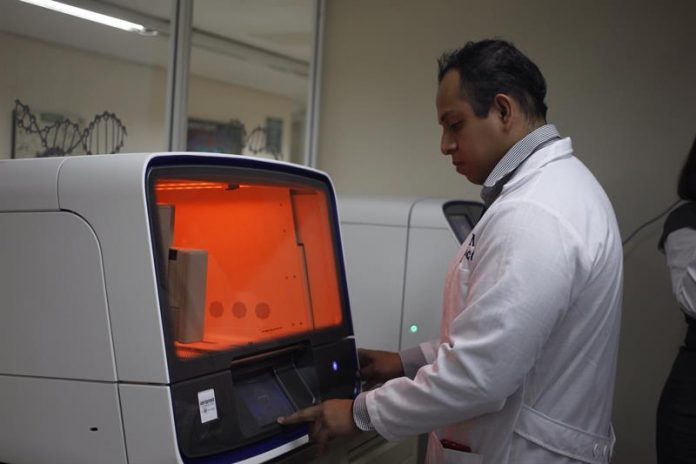 Delaying motherhood has become increasingly common, so now there are women who choose to freeze their eggs during their youth, to get a pregnancy after 35 years, although this technique generates problems that are not usually addressed.

“This technique poses several problems, including the little certainty that the egg can end in pregnancy, the deterioration of the body of the woman and prevent adoption processes can occur,” said Efe Sandra González Santos, expert in Assisted reproduction.

In Mexico, data from the National Population Council (CONAPO) indicate that motherhood has been postponed until after 30 years, something that usually happens among the middle class, especially in those in managerial, managerial and artistic positions.

According to the agency, currently 8.6% of households in Mexico are made up of couples without children.

The external researcher of the University Program of Bioethics of the National Autonomous University of Mexico (UNAM) explained that in principle the freezing of ovules was performed when a woman was subjected to a toxic treatment that put fertility at risk, such as chemotherapy.

“But now it is promoted as a strategy to preserve fertility, when it is sought to postpone pregnancy beyond the optimal reproductive age,” he said.

One of the problems, he explained, is that not every frozen egg guarantees that it will become an embryo, and therefore a healthy baby.

The specialist explained that one of the factors that have increased the popularity of this technique in recent years has to do with the job aspirations that women currently have.

“It has a lot to do with how the work field works where younger people are given work, if you are 35 years old and you want to start a professional life it becomes difficult,” he said.

This has been reflected in companies such as Facebook and Apple, where this technique is part of health insurance so that employees can decide when they want to be mothers “of course, after offering their best years to the company,” he said.

González Santos also alluded to the lack of regulation of the clinics, since those that are registered in the Latin American Network of Assisted Reproduction (Red Lara) are 27, but it is estimated that there are more than 100.

“It has become more commercial, driven by economic interests of the pharmaceutical industry and hospitals,” he lamented.

Famous artists such as Celine Dion, Eva Longoria, Janet Jackson or Jennifer Aniston have opted for this technique, which, although the specialist considered that it has not had an impact on increasing the statistics of this practice, has normalized it.

“This has happened in the last 17 years, we talk more naturally about this issue (…) That is positive because people who go through these processes, at first they experienced it as something bad or stigmatized,” he said.

However, González Santos said that this technique has influenced people to no longer think of adoption as a resource.

“Before when people could not get pregnant, they opted for adoption, now that’s a second or third option, after they have failed in assisted reproduction,” he said.

That is why the specialist recommended, before deciding on this technique to postpone motherhood, inform yourself “and put limits, think what would happen if it does not work and how many attempts they will make, and do not think that freezing eggs guarantees a pregnancy”.

According to Red Lara, Mexico ranks third in number of procedures in the region, behind only Brazil and Argentina and its price ranges from 2,000 to 9,000 dollars, depending on conditions.