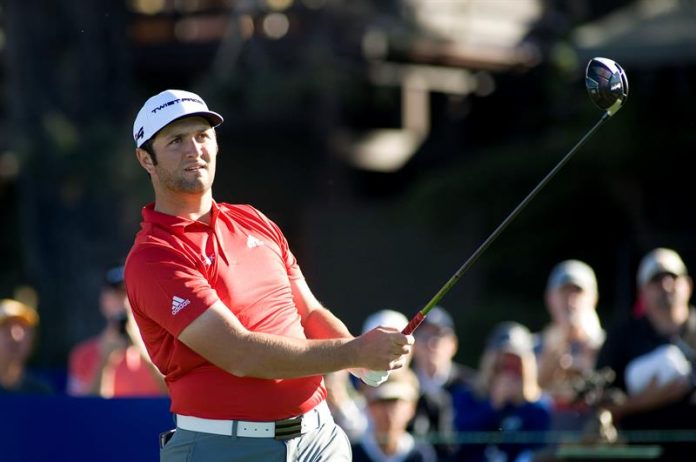 The lack of light on the southern field of the Torrey Pines club, where the Farmers Insurace Open golf tournament is held, in San Diego (California, USA) has caused the suspension of the final tie-break between the Australian Jason Day and the Swedish Alex Noren

Day and Noren reached the end of the fourth round with 278 accumulated hits, like the American Ryan Palmer, who was the first to fall on the first hole chosen to undo the equality, the 18-a par 5, – in which he needs five hits by four of his opponents.

Day and Noren repeated on the 18th hole with four hits each; moved to 16-a par 3- to continue tied after both meet the pair; they returned to equal in the 17 with four blows and returned to the 18, where they repeated 4 blows.

The two finalists returned to the 16th hole, when the duel was suspended due to lack of light.

Win Day, which already won this title in 2015, would be his eleventh tournament on the American circuit, while it would be the first for Noren.

The Spanish Jon Rahm, world number two, was left without any option to revalidate the title by signing this Sunday 77 strokes (+5) in the last round.

The Biscayan, who reached the final round four strokes of the head, sank the last day with a card with up to seven bogeys and only two birdies.

Rahm, 23, arrived in San Diego after winning the CareerBuilder Challenge last Sunday. This week he even had the option of being ranked number one in the world having won in San Diego.

The tournament distributes $ 6,900,000 in prizes, more than one million for the winner and 500 points for the FedExCup.