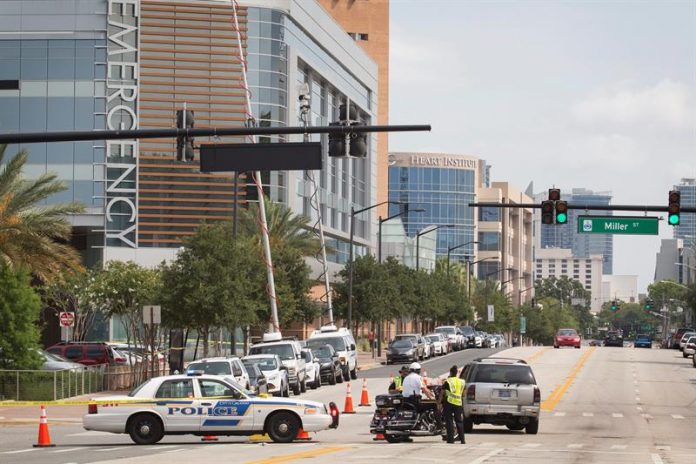 When still some survivors of the massacre at the Pulse nightclub recover from the physical and emotional aftermath, a documentary that premiered this week at an Orlando movie theater pays tribute to the victims of the second worst shooting with a firearm.

The film “49 Pulses,” by director Charlie Minn, is a “story of heroism, compassion and healing,” according to the director, who appealed to the testimony of up to 25 survivors to address the June 12 gun attack. of 2016 in the night club of gay scene in Orlando (Florida) and that left 49 dead.

Minn, also producer of the film, told Efe that over the course of an hour and a half the documentary focuses on the survivors and how they “struggle daily to overcome the post-traumatic emotional shock they suffer.”

“49 Pulses” includes scenes taken by Orlando police officers ‘portable cameras, recordings of victims’ calls to the 911 emergency line, as well as “images never seen before,” according to Minn, who was the producer of the television program “America Most Wanted”.

“It will help to digest what happened that night,” said the director, who advances that the documentary reveals little-known details of that “diabolic night”.

“Many people do not know that the attack inside the club lasted 3 hours and 12 minutes, many are dismayed because many of the victims bled to death in the bathrooms (of the club),” said Minn, whose directorial credits include productions such as ” 43 film “, about the disappearance of the 43 students in Guerrero (Mexico), in 2014.

Sara Lopez, a relative of Franky Jimmy De Jesus Velázquez, 50, who died in the massacre, told Efe that neither she nor the victim’s mother, who does not talk about the attack with anyone, had planned to see the documentary, which premiered this past Friday at the Premier Cinema in Orlando, where it will be screened for a week.

“Although it sounds cold, severe, we must let the victims rest, distance ourselves from the whole tragedy and make an effort in life, in the legacy left by these people,” said the woman, a close friend of the victim.

“(If he were alive) I would have liked any documentary to focus on helping, to raise awareness about the harassment suffered by gay teenagers coming out, to bring Puerto Rican music to all corners of the world, not in the shooting and massacre. of that night, “added the woman.

In order to focus one hundred percent on the victims, the director has managed to never mention the author of the attack, the young Omar Mateen, shot dead that night and who swore an alliance with the Islamic State during his attack on the nightclub, that night celebrated a Latin party and therefore many of the fatalities were Puerto Rican.

“I do not mention the name of the terrorist, only his voice is heard in the recordings of the call he made to the (emergency number) 911,” said Minn.

The director, who expects his production to be projected in cinemas in other US cities, affirms that “49 Pulses” also helps to listen, which is important in the face of a possible terrorist attack.

“That will happen again, we do not know how or where or when, but it can happen to anyone,” he added.

The one of Orlando is the second worse one with firearm shooting by a single person, only surpassed by the one of Las Vegas, happened in October of 2017 and that left 58 dead.