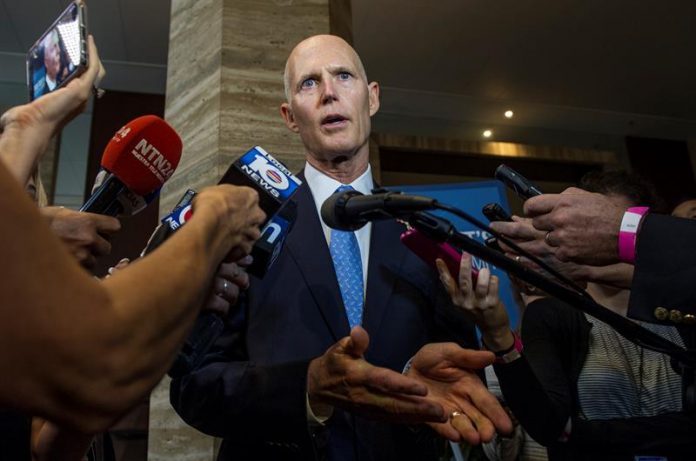 The governor of Florida, Rick Scott, today suspended the mayor of the town of Hallandale Beach (southeast Florida), Joy Cooper, who was arrested Thursday accused of money laundering and other charges.

In his writing, Scott notes that “Cooper is prohibited from performing any official act, duty or function of a public office, to receive any payment or assignment, and to be entitled to any of the emoluments or privileges of a public office during the period of this suspension. ”

Cooper surrendered voluntarily Thursday in a Fort Lauderdale jail after a secret investigation by the Federal Bureau of Investigation (FBI) led the prosecution to bring charges against her for money laundering, public misconduct and exceeding the limit of the financing contributions of your campaign.

All are considered third degree crimes, although Cooper also faces a misdemeanor charge of first degree for soliciting contributions to a campaign in a government building.

Each of the first three charges against him is punishable by imprisonment for not more than five years, while the misdemeanor charge carries a penalty of up to one year in prison.

The mayor, in office since 2005, said that same Thursday through a written statement, and after leaving jail, according to the Local10 media, which “vigorously fight these accusations in court.”