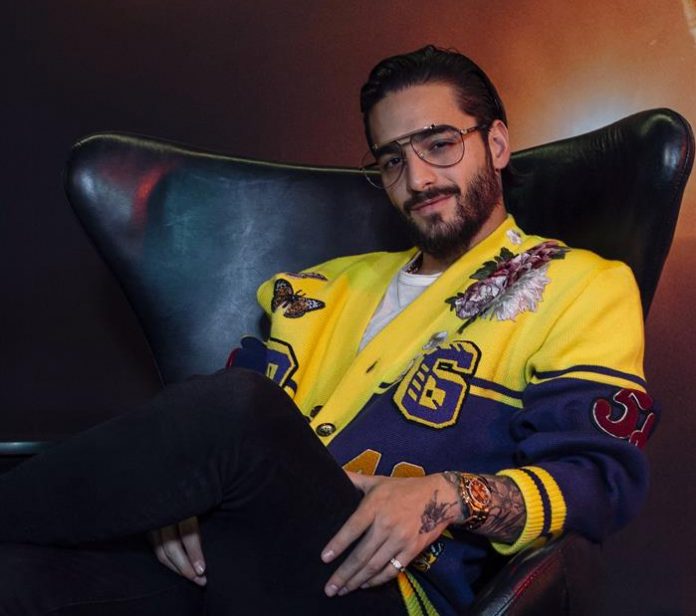 Eight years ago, Juan Luis Londoño, better known as Maluma, embarked on the music scene recording songs on his own. Today, turned into a world star with urban hymns as danceable as “Happy the 4” assures Efe that, despite the success, its essence “has not changed”.

What remains of that young Colombian, Juan Luis Londoño, who swept the local radio stations of his country almost a decade ago with “Farandulera”? “Everything remains,” said the artist, who embarks from March 23 on a tour of 21 dates in the US called “F.A.M.E.”, as his next record.

“I am still the same, my essence has not changed, I do not want to change, people may think that the name of the disc means fame, but it is the opposite: they are the initials of faith, soul, music and essence. dreamer who started in this at 16 years old and I want to always have very clear values ​​of why I started my career “, explained the Medellín artist.

“That is going to lead me to continue growing in this industry, as a person and artist, I never want to lose that childhood or that love for music,” he added.

This young idol, at 23 years old, has almost 31 million followers on Instagram, being the most successful Latino male artist in that social network.

As a preview of his new album he has presented “Corazón”, together with the Brazilian artist Nego de Borel, currently the number one issue of Hispanic radio in the US and Puerto Rico, in whose video appears the ex-football player Ronaldinho.

“I was a Barcelona fan for him, Ronaldinho, for me, is the best player in history, we have a very cool friendship relationship,” said the musician.

“Corazón”, with more than 400 million views on YouTube since its premiere in December, will not miss the Maluma concerts in the US, where their music has broken the language barrier.

“It’s a big responsibility, it’s a break, I realize that the hard work was worth it: so many hours in the studio, traveling from one place to another with my work team and trying to find that sound … It’s a joy that they enjoy and feel identified, “he said.

“Music is a universal language and in Latin music great things are happening in the whole world,” he said.

Maluma confirmed that the release of his third album will arrive in the first half of the year and that, although he has not yet decided, he believes that the song “Happy the 4”, which has swept the world, will finally enter the album.

“We have those mysteries right now, I have a lot of music and I do not want to recharge it with many songs, we are seeing which ones I’m leaving, ‘Corazón’ is going to be and I would say ‘Happy the 4’ too, but I do not want it to be a record I do not want filler songs, but songs that people identify with, “he said.

The artist said that, although he wants to reveal “already” the content of that work, he prefers to be prudent and plan everything in detail.

“I want a launch to match, worldwide, so I prefer to do well, without hurry but without pause,” he said.

After the experience of their first album, “Magia” (2012), and especially after the repercussion of the following, “Pretty Boy, Dirty Boy” (2015), Maluma is aware of his “musical growth” and the expectations that his next job

“In this time I have learned a lot because I have shared time with great artists like Ricky Martin, Shakira or Marc Anthony, that has given a different vision to the album, I am leaving everything in it, it is a very personal work and I have been very involved in the composition of the songs, “he said.

“I think people are going to feel very identified with the record,” he added.

This weekend, Maluma turns 24 years old and, after recently confirming his relationship with model Natalia Barulich, who appears in the video clip of “Happy the 4”, in 2018 he asks “a lot of health to keep meeting goals and keep evolving”.

Of course, always trying to keep your feet on the ground.

“It’s difficult because of the situations that happened, but thanks to my family I get it, they are my center and my motor They help me not to lose that focus I’m very young, but I only feel that way physically because, mentally, I’ve lived a lot things that have made me grow fast, “he concluded.