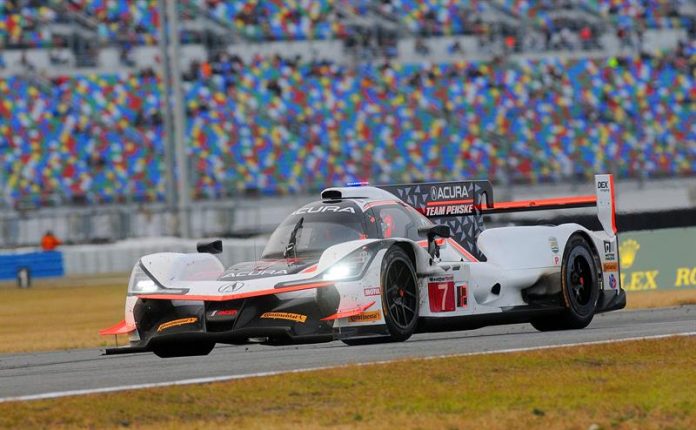 When they have completed 11 hours of the legendary race of the 24 Hours of Daytona, the Latin American pilots led by the Brazilians Helio Castroneves, Christian Fittipaldi and Felipe Nasr along with the Colombian Juan Pablo Montoya have been with their respective teams the great protagonists.

The four drivers and their teams are the only ones who have not lost their lap, while the team of Spanish Daniel Juncadella is the sixth, two laps behind.

Castroneves, three-time Indianapolis 500 champion, behind the wheel of an Acura DPi, of the Acura Team Penske team, along with riders Graham Rahal and Ricky Taylor lead the test.

While another team of Penske and prototype Acura DPi in which Montoya runs along with the American Dane Cameron and the Frenchman Simon Pagenaud are in second place, without having lost their way back.

Fittipaldi with the Cadillac DPi, from the Mustang Sampling Racing team, where he has fellow Portuguese pilots Filipe Albuquerque and Joao Barbosa occupy third place in the race.

Another young Brazilian, Nasr, also with the prototype Cadillac DPi, of Whelen Engineering Racing team, along with his teammates Stuart Middleton, Eric Curran and Mike Conway are in fourth place.

Juncadella at the wheel of an ORECA LIMP2, team Jackie Chan DC Racing, along with his teammates Williams, Lance Stroll, Felix Rosenqvist and Robin Frijns, march in sixth, two laps behind the leader.

The two-time Formula 1 world champion, Spaniard Fernando Alonso, the most mediatic pilot present at the race, had his moment of glory when he led the race two laps before the first two hours of the prototype command trial ended No.23 Ligier LMP2 of the United Autosports team.

But as the hours progressed, the car, as it had shown during training and qualifying, began to lose strength and have mechanical problems, which have relegated it to twenty-second place, 24 laps behind the leader.

Next to Alonso are the young British pilots Lando Norris and Phil Hanson.