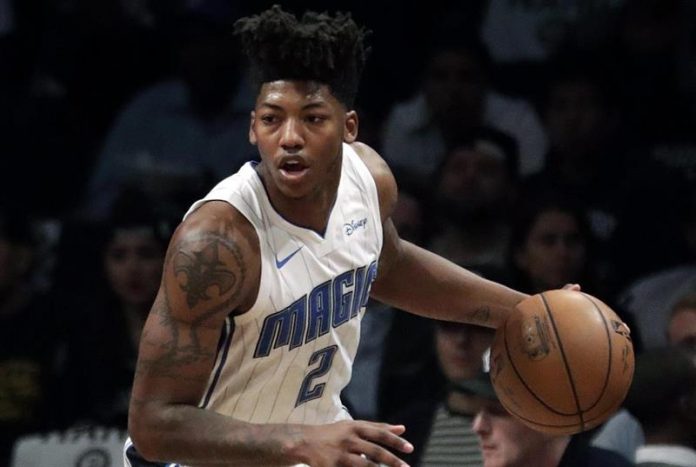 The reduced Sunday session of the NBA left two of the contenders for the league title as the Boston Celtics and the San Antonio Spurs in full crisis of play and results after suffering two losses in their field.

While the Los Angeles Lakers again showed the potential of their offensive game against a devalued New York Knicks and the Brooklyn Nets confirmed that they improve in their game by winning with a basket in the last second to the Detroit Pistons.

Elfrid Payton base got 22 points for the Magic who gave the big surprise of the day to beat visitors by 95-103 to the Boston Celtics, who suffered the third consecutive loss so far this season.

The return of Celtics star base Kyrie Irving, who had missed the previous game with discomfort in his left shoulder, and his contribution of 40 points did not stop the Boston team’s defeat and confirmation that they are in crisis.

With their triumph, the Magic made just their third win in the last 20 games and stopped a losing streak of 14 straight games they had lost at the Celtics’ field, Boston’s TD Garden.

The Orlando team had lost 10 straight games away from home since early December.

The French guard-forward Evan Fournier got 19 points and reserve reserves Shelvin Mack and D.J. Augustin contributed 10 each for the Magic.

Along with Irving, the Celtics had the second highest scorer to guard Jaylen Brown who scored 17 points and power forward Marcus Morris added 12 points.

Guard Victor Oladipo once again led the Indiana Pacers attack with 19 points and his team won 86-94 against the Spurs, who broke a winning streak of 14 consecutive matches in their AT & T field. Center.

The Spurs (19-3), who have the best NBA home record, had not lost on their field since Nov. 10 when they faced the Milwaukee Bucks and were defeated 87-94.

The base Darren Collison reached the 15 points with four assists and also recovered three balls of the 14 that the team added for only 11 losses.

While power forward Thaddeus Young contributed another 14 points, seven rebounds, four assists and three turnovers that left him as the most complete of the Pacers (25-22), which broke his three-game losing streak in his visits to San Antonio.

The Spanish center Pau Gasol with 14 points led the attack of the Spurs, who had five players with double-digit numbers, but their leader encestador, power forward LaMarcus Aldridge was left with just 10 points after failing 9 of 14 shots from field he made.

Gasol was effective in the shots to basket by scoring 6 of 8 and the two failures were from outside the perimeter, in addition to hitting 2 of 3 pitches of personnel in the 31 minutes he played.

Parker played for the fourteenth time as a reserve in the 1,165 games he has played professionally in the NBA.

The Spurs (30-18), who lost the second consecutive game and the fourth in the last six disputed, continued without star forward Kawhi Leonard, Argentine guard Manu Ginobili, and power forward Rudy Gay, all injured.

Reserve backup Jordan Clarkson managed a double-double of 29 points and 10 assists for the Lakers, who defeated the Knicks 127-107.

Rookie point guard Lorenzo Ball missed his fourth straight game because of pains in his left knee, and Lakers coach Luke Walton said his player could lose more until he fully recovers.

Base Spencer Dinwiddie scored when he subtracted 0.9 seconds from regulation time, and finished with 22 points against his team, in the Nets’ 100-101 triumph over the Pistons, who lost the fifth straight game.

Forwards Rondae Hollis Jefferson and DeMarre Carroll contributed 21 and 16 points, respectively, to the Nets who, as a team, had 46 (37-80) percent of hits in the field.