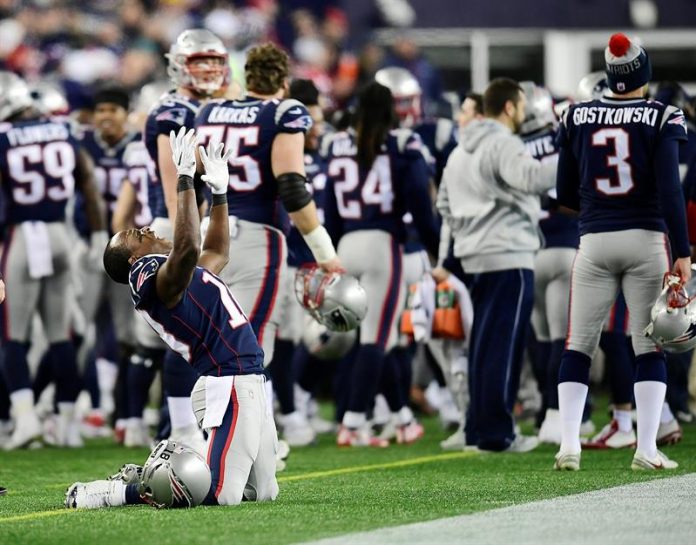 The New England Patriots and the Philadelphia Eagles will be the teams that dispute the Super Bowl title, LII, after each of them met the predictions and won the titles of champions in their respective Conferences of the American (AFC) and the National (NFC).

The Patriots, at the Gillette Stadium in Foxborough, with quarterback Tom Brady, a great protagonist, beat the Jacksonville Jaguars 24-20 and were the first to qualify to revalidate the AFC title.

Then it would be the Eagles, at Lincoln Financial Field in Philadelphia, where also with reserve pin Nick Foles, replacing the injured Carson Wentz, got the NFC title by defeating the Minnesota Vikings 38-7.

Both teams are already beginning their preparations for the Super Bowl game, which will be played on February 4 at the “U.S. Bank Stadium” in Minneapolis, home of the Vikings.

It will be the second Super Bowl in that city, which was the venue for Super Bowl XXVI in 1992, but then it had as stage the now defunct Metrodome stadium, and will be the sixth to be played in a city with a cold climate.

As soon as Sunday’s game was over, the Patriots were favorites in the Las Vegas betting books with 5.5 points over the Eagles, the highest for a Super Bowl since 2009.

The Philadelphia team gained respect for the way they beat the Vikings, which makes the difference in Las Vegas betting, where in the 2005 Super Bowl between both teams, the Patriots had an advantage in bets with 7 points. .

After 13 years of not having faced each other, the only player who remains active and as the undisputed starter is Brady, 40, who was instrumental in the 2005 game and outscored former star-studded quarterback Donovan McNabb.

On Sunday, Brady overcame a wound in his right hand and again came back in the fourth quarter with two touchdown passes, including one with 2:48 left to play and gave the Patriots the victory.

Brady sent a decisive four-yard pass to his favorite receiver, Texan Danny Amendola, with 2:48 left of regulation time and sealed the Patriots’ victory.

The victory was the number 34 of the Patriots in postseason game, which allows him to tie the Packers of Green Bay and the Dallas Cowboys in second place in the history of the National Football League (NFL), which lead the Pittsburgh Steelers with 36.

The Patriots also get their tenth appearance in the Super Bowl, the best record of all time. The Denver Broncos, Cowboys and Steelers have done it eight times each.

While Brady achieved his eighth title of the NFC, the best record of all time, surpassing the six of Mike Lodish.

Brady, who wore a black bandage on his right hand, showed no signs of being hampered by the injury he suffered during a training on Wednesday and to which he had to be given 10 stitches.

The legendary passer completed 26 of 38 sends for 290 yards and two touchdowns that left the Patriots with a 15-3 record and his figure began to shine from the start of the fourth quarter when the Patriots lost 10-20.

Brady, once again, magnified himself and sent two touchdown passes to Amendola, the first of new yards and the second of four, with which the New England team sealed another historic victory.

In Philadelphia, the questioned Foles made three touchdowns and the Eagles claimed to be the best team in the NFC as they had shown throughout the regular season (15-3).

For the Eagles, who are coming to the Super Bowl for the third time, they will try not to make good predictions and bets and win the first title of champions in the most important sporting event of the year in the United States.

The important thing for the Eagles was to arrive and do it without stellar passer Carson Wentz, injured, while Foles completed 26 of 33 passes for 352 yards with three touchdown passes, including two at wide receiver Alshon Jeffery, in what was his best match of the season against the number one defense of the NFL.

While the Eagles defense was also decisive in voiding quarterback Case Keenum, who this time could not make the so-called “Minnesota Miracle”, which he had starred throughout the regular season when he had to replace the injured starter, Sam Bradford, I could stay alive.