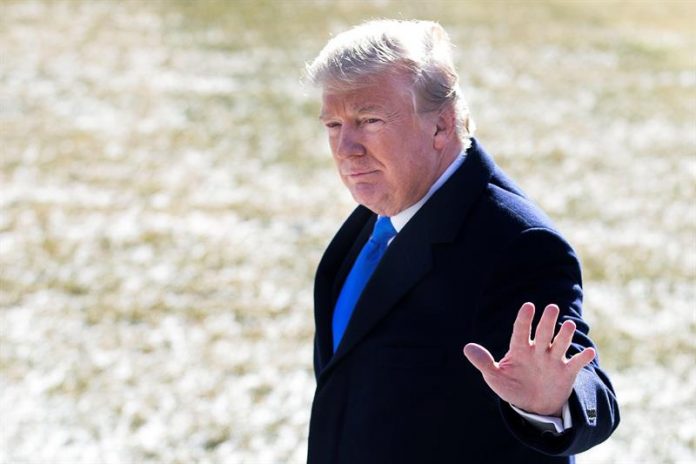 The president of the United States, Donald Trump, lashed out today against Democratic Senator Dianne Feinstein, who on Tuesday unilaterally revealed the testimonies of the authors of a dossier that is at the center of the Russian investigation.

“Democrat Dianne Feinstein should never have published secret testimony of the committee to the public without authorization, very disrespectful to committee members and possibly illegal,” Trump said on Twitter.

Then, the president criticized the explanations that Feinstein gave to the NBC network for having published on their own the testimonies that the authors of the dossier provided before the Judicial Committee of the Senate.

Specifically, Feinstein told NBC that on Tuesday he had a “bad cold” and that could have “slowed down his mental faculties a little”, so perhaps that was the reason he had published the testimonies without first consulting the Republican Chuck. Grassley, president of the Senate Judiciary Committee.

The senator announced on Tuesday the testimony given to the Senate Judiciary Committee by one of the co-founders of the Fusion GPS company, Glenn Simpson, and his lawyer, Joshua Levy.

According to what was published, Levy assured the senators in August 2017 that “someone has already been murdered” as a result of the publication of the controversial dossier.

The dossier, whose publication by the BuzzFeed portal has just been completed for a year, suggests that Russian intelligence services gathered compromising information about Trump with the aim of blackmailing him and obtaining his support in various foreign policy matters.

According to the document, Trump would have hired several prostitutes to urinate while he looked on the mattress of the same presidential suite of the Ritz Carlton Hotel in which his predecessor, former President Barack Obama, and his wife, Michelle Obama, had stayed during a visit to Moscow.

The Kremlin supposedly knows what happened at that hotel because it jabbed cameras and microphones into the room, according to the dossier.

In addition, the document assures that the Russian authorities offered Trump succulent real estate businesses and also gave him information about his rival in the elections, Hillary Clinton. (efeusa)