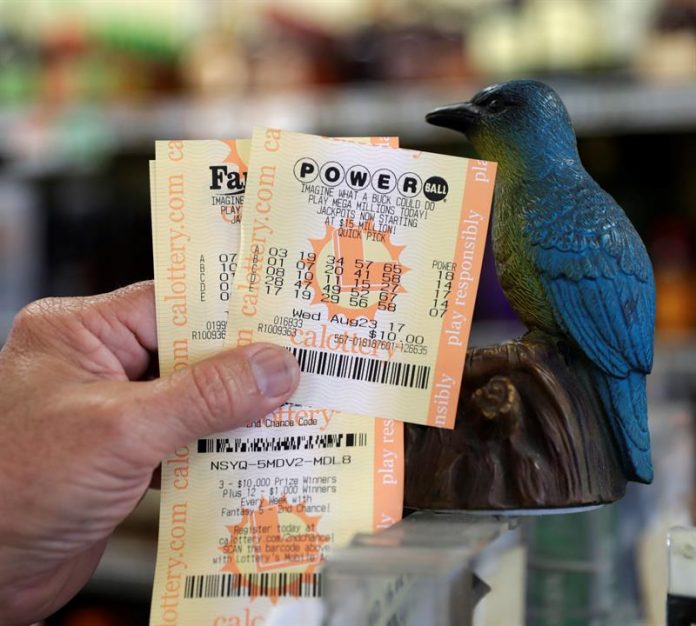 A 20-year-old youth today claimed the $ 451 million lottery jackpot won on January 5, the Florida Lottery said today in a note.

Shane Missler, from the city of Port Richey, in the western part of the state, approached today with his father and a lawyer to the main offices of the lottery, in the city of Tallahassee, capital of the state, with the winning ticket within a yellow envelope, according to the Tampa Bay Times.

The young man, who bought the ticket in a store of the 7-Eleven chain, which will receive $ 100,000 commission, has decided to receive the amount in a single delivery of almost $ 282 million instead of annual payments, according to the entity, which pointed out that taxes must be discounted to that amount.

“I’m only 20 years old, but I hope to use it to pursue a variety of passions, help my family and do something good for humanity,” Missler said, according to the Florida Lottery.

Lottery officials reported that the amount will be disbursed to a trust that has Missler as an administrator member.

“If there’s one thing I’ve learned so far in my short time on this earth, it’s that those who maintain a positive mindset and remain true to themselves are rewarded,” the winner said through a statement released by his lawyer.

Missler, who acquired five tickets, one of them with the winning combination 28, 30, 39, 59, 70, had a feeling the night the numbers were announced with the prize, according to the Florida Lottery.

After confirming that he took the fat man he called his brother to tell him the news and the next morning he did the same with his father, “in front of a cup of coffee”, according to the entity. (efeusa)