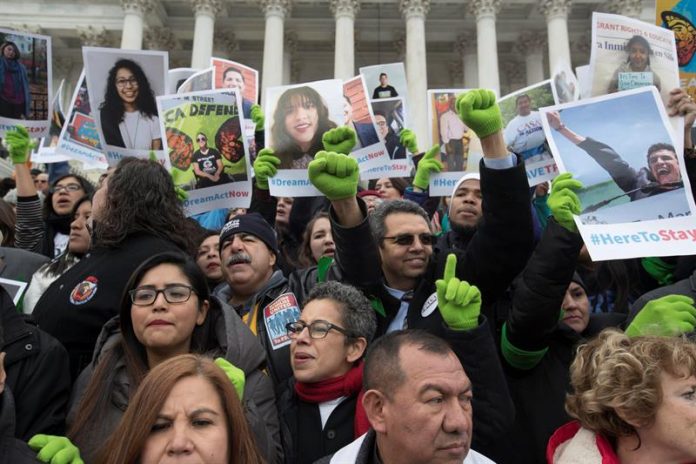 A beneficiary of the Deferred Action Program (DACA) is in the custody of the US immigration authorities after crossing the border and entering Mexico “by mistake”, his lawyer told Efe today.

Orr Yakobi, an Israeli student at the University of California San Diego (UCSD), faces deportation after being arrested last Sunday by members of the Customs and Border Protection Office (CBP) when he tried to return to the United States without special permission. to leave the country that the beneficiaries require with DACA.

According to his lawyer, Jacob Sapochnick, the student, 22 years old and who has this immigration protection valid until March, was traveling with a friend to the Las Americas shopping center in the San Ysidro district of San Diego, and that borders the border fence.

By mistake, the young people lost sight of the last exit of the highway that leads to the mall and went on to Mexican customs, Sapochnick explained.
“By the time they realized where they were, it was too late to go back,” he added.

Yakobi and his friend tried to return through the international checkpoint and, although they explained the situation to the customs officer, the young man was apprehended and is now in the detention center of Otay Mesa, in the custody of the Immigration and Naturalization Office. Customs (ICE).

“He’s an honest student, he’s exceptional in science and math, he’s like a genius,” said his lawyer, who will meet with the young man on Friday.

The case has deserved that congressmen like Scott Peters, as well as state legislators, officials and educational authorities have sent letters to the immigration authorities requesting the reconsideration of the detention.

“Crossing the border was an accident, one that apparently happens regularly after people leave this mall,” state lawmaker Todd Gloria said in a letter in which he called for the immediate release of this Computational Science student.

A spokeswoman for UCSD told Efe that they are working to assist in the release of the young man, who arrived in the US with his family when he was five years old.

This case is added to that of another undocumented student facing deportation after being found by mistake with immigration agents.

On December 30, University of California Berkeley student Luis Angel Mora, originally from Colombia, was visiting his girlfriend in San Diego when they took an incorrect route that took them to a Border Patrol checkpoint. (efeusa)