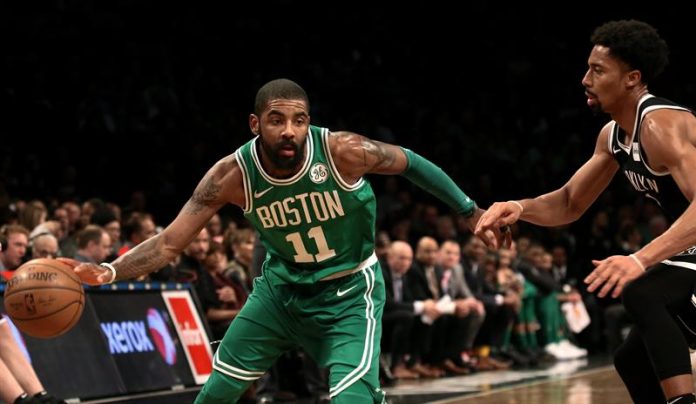 The Golden State Warriors, with point guard Stephen Curry as a leader, gave another lesson in basketball and claimed their status as defending NBA champions by consolidating with the best record in the league.

Curry exploded with his offensive game by scoring 45 points in just three quarters and leading the Warriors to a 105-121 home win over decimated Angels Clippers, who also lost by concussion to power forward Blake Griffin.

The Warriors also continued without star forward Kevin Durant, who missed the second game in a row, due to a muscle problem.

Curry, who sat the entire fourth period, set the best mark of the season, after shooting 11 of 21 field goals, including 8 of 16 triples, and 15 of 16 from the personnel line.

The reserves, center JaVale McGee and guard-forward Nick Young contributed 11 points apiece, while power forward David West and starter Klay Thompson – unique along with Curry who had double-digit numbers – scored 10 points apiece. for the Warriors (32-8), who won the fourth consecutive game and have the best record in the NBA.

For its part, the Boston Celtics won a laborious victory also at home by 85-87 against the Brooklyn Nets.

Jayson Tatum, named the December Rookie of the Month winner with a dunk and a triple in his last consecutive possessions, was the player who decided the Celtics’ sixth straight win before preparing his trip to London to face the next Thursday to the Philadelphia Sixers.

Tatum finished with 14 points while base Kyrie Irving got 21 and reserve Marcus Smart scored 11 that helped the Celtics (33-10) win, who have the best record in the Eastern Conference and second in the league.

It was not easy for the Cleveland Cavaliers who, despite the contribution of star forward LeBron James of 33 points, 10 rebounds and nine assists, suffered before being imposed as visitors by 127-131 to the Orlando Magic.

The incorporation of Thomas to the team caused veteran Spanish baseman José Manuel Calderón to be sent to the bench and not have any minute of action.

Forwards Tobias Harris scored 27 points for the Detroit Pistons, who defeated (108-101) the devalued Houston Rockets, who lost Game 6 of the last seven.

For the Pistons it was another great triumph, which places them four games above the percentage of .500 (21-17) and also returned to beat the team with the second best mark of the Western Conference.

The Detroit team had already won against the Warriors, Celtics, San Antonio Spurs and Minnesota Timberwolves.

The Rockets played without their star James Harden, injured, and had as their leader encestador to the base Chris Paul with double-double of 16 points, 13 assists and seven rebounds.

The Dominican American center Karl-Anthony Towns and the guard Jimmy Butler scored 21 points each in the victory of the Timberwolves of Minnesota by 116-98 over the Pelicans of New Orleans.

Canadian forward Andrew Wiggins added 20 goals for the Timberwolves in a game in which Towns also added 16 rebounds to score his double-double number 33 so far this season, establishing himself as the league leader in that section.

The Pelicans were led by center DeMarcus Cousins, with double-double of 23 points and 15 rebounds.

Greek forward Giannis Antetokounmpo finished with a double-double of 34 points, 12 rebounds and seven assists that helped the Milwaukee Bucks to win at home by 103-110 to the Washington Wizards, who saw a four-game winning streak broken. .

The escort Victor Oladipo contributed 23 points and delivered nine assists in his return after a right knee injury and the Indiana Pacers won by a convincing 125-86 to the Chicago Bulls, in a duel of Central Division teams.

With their triumph the Pacers stopped streak of five straight defeats.

Veteran shooting guard Vince Carter scored 10 of his 12 points in the fourth quarter and the Sacramento Kings prevailed 106-98 over the Denver Nuggets. efe