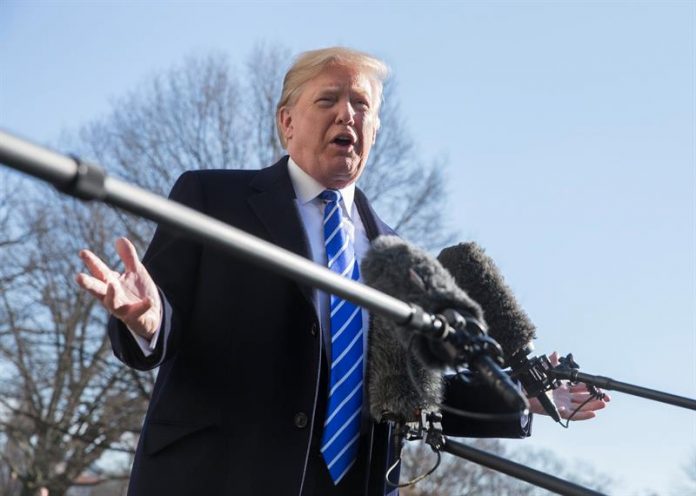 President Donald Trump will debate the legislative priorities of 2018 this weekend with a group of Republican leaders in the Camp David retreat, the White House said today.

One of the issues that will be discussed in the presidential recall is a gigantic investment plan in the country’s “dilapidated” infrastructures, a Trump election promise that took a back seat last year, a presidential spokesman said today.

This purpose is the president’s next priority in the economic field, after achieving the approval of his ambitious fiscal reform a few weeks ago.

“We have many things to work on, many things to do, the stock market today is very, very big, we have set new records and I believe it will continue to be that way,” the president said today before boarding the presidential plane in the direction of Camp David.

“We are making the United States Great Again,” he concluded.

In addition, the president’s agenda for 2018 includes guaranteeing continued economic growth, promoting responsible immigration reform and strengthening border security, among other issues, according to the spokesperson.

Among those attending this meeting will be Senate Majority Leader Mitch McConnell, Speaker of the House of Representatives Paul Ryan and Republican Sen. John Cornyn, the second highest legislator in his party in the Upper House.

Maryland Congressmen Kevin McCarthy and Steve Scalise, second and third highest-ranking legislator in his party in the Lower House, and numerous advisers, in addition to the presidential cabinet, will also move to retirement in Maryland. (EFEUSA)