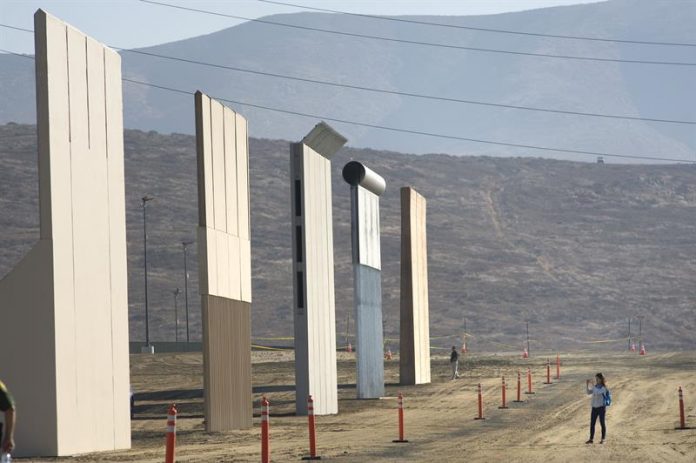 The White House is asking Congress for 18,000 million dollars over a decade for the border wall with Mexico as one of the conditions in the negotiation of an immigration solution for the undocumented young people of the DACA program known as “dreamers”.

This was announced today in a statement by the Democratic negotiating leader, Senator Dick Durbin, shortly after the Wall Street Journal gave the exclusive with details about the proposal.

According to the legislator, the White House today added to its list of conditions of October for the migratory negotiation a petition “of 18,000 million annual in funds for the construction of the border wall”.

“It is outrageous that the White House mine months of bipartisan work again trying to put their entire list of hardline wishes against immigrants, plus 18,000 million in funds for the wall, on the backs of these young people,” said Durbin.

“President (Donald) Trump said that maybe he needs a good government closure to get his wall, and with this request, he seems to be moving in that direction,” he added, referring to the risk of that happening if an agreement is not reached before January 20.

This Thursday, Trump reaffirmed his position that any solution for the youth of the DACA program (Deferred Action for childhood arrivals) must be accompanied by funds for the wall and other conditions, an unacceptable requirement for the Democrats.

The 18,000 million dollars would be destined, according to the document obtained by CNN and the Washington Post, to the construction of more than 1,126 kilometers of new border fence and replacements of existing ones.

To that amount is added the request of 15,000 million dollars for additional personnel and training, technology and access roads, which gives a total of 33,000 million in border security, the great campaign theme of now President Donald Trump.

If Congress agreed to award these funds, it would be a large extension of the current 1052.51 kilometers of barrier, yielding a total of 1609.34 kilometers, about half of the southwestern border, the media estimate.

These plans are described in a document prepared by the US Customs and Border Protection Office (CBP) for a group of senators, including Durbin.

“This document only covers one aspect, the needs of national security, the migratory priorities that the president has already established and was delivered to Congress at a specific request of the negotiating teams,” a government source who preferred anonymity told Efe today. .

“The border wall should be fully funded by Congress but the other priorities, such as improving measures to enforce immigration laws and a merit-based immigration system, should be part of a larger immigration reform package,” he added.

Trump announced last September the end of the DACA program, promoted by former President Barack Obama in 2012 and that protected from deportation young people who came to the country as children, but gave to Congress until March 5 to find a solution to your situation.

According to Durbin, who is scheduled to meet with Trump and other negotiators next week, since then more than 14,500 of these young people have already lost their DACA status and, as of March 5, 1,000 more will lose their protection every day. efe